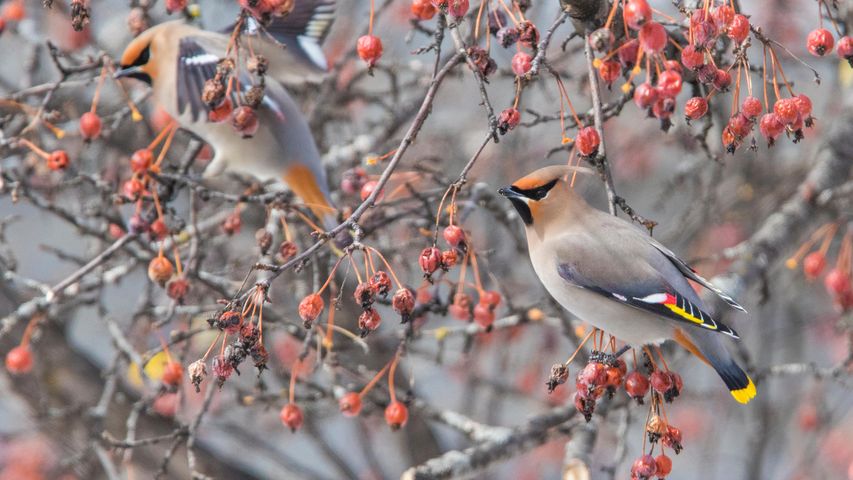 Often spotted in flocks, Bohemian waxwings are social songbirds that forage for food in large and sometimes noisy groups. Scattered across Canada, there are certain populations that can be found in Yukon, British Columbia, and Alberta all-year-round. While they prefer boreal forests and open woodlands, they can also be widely found in towns, provided there are abundant fruit trees. Bohemian waxwings often balance themselves on flimsy branches to munch on berries and prey on insects with the intent of catching them mid-air. If you are looking to spot one in your vicinity, watch out for their colourful wings and keep an ear out for their high-pitched trills.