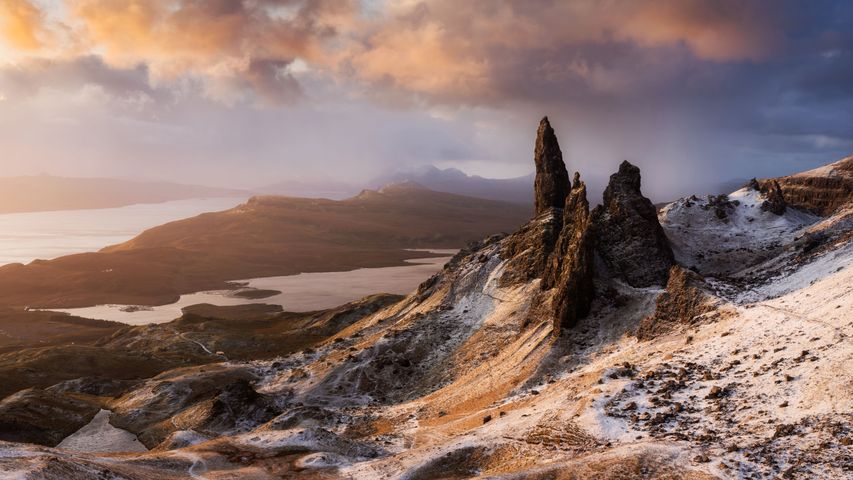 We’re at the Old Man of Storr, the giant rocky pinnacle which towers over Britain’s longest continuous area of landslides. The Trotternish Ridge stretches roughly 30 kilometres along the north of Skye, the largest island of Scotland’s Inner Hebrides, and includes many weird and wonderful rock formations, courtesy of an ancient landslip.

Lava flows, glaciers and the weather all played their part in carving this fantastical landscape, often seen swirling in mist. The famous “Old Man” is found in a section known as The Sanctuary, to the right of the cliffs of The Storr, the highest point on the ridge. Towering about 50 metres from base to peak, the Old Man is joined by other large rock stacks, left behind when huge blocks of lava slipped down into weaknesses in the underlying Jurassic rocks.

You can enjoy the fantastic rocky architecture of The Storr from a distance, as it can be seen for kilometres around, but those who make the journey up there will be rewarded with far-reaching views to the islands of Raasay and Rona or to Portree and the Cuillin Hills. A memorable spot to toast Scotland’s patron saint with a dram of single malt whisky.