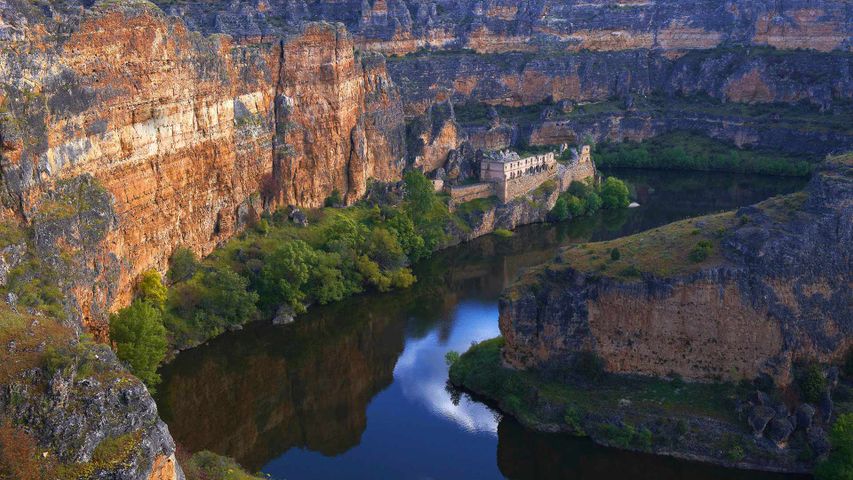 A canyon filled with history

Today we’re visiting the Hoces del Duratón, an imposing Spanish limestone canyon surrounded by moors that began emerging millions of years ago due to the erosion of the river. The canyon stretches out to 27 kilometres in length with vertical walls that in some points reach 100 metres high. It is even said that Castilian insurgent Juan Martín “el Empecinado” (the Stubborn) used to hide in these gorges with his troops every time he dealt a blow to the Napoleonic army in the province of Segovia during the Spanish Independence War. Talk about an effective hiding spot…

Within the cliffs there are several caves containing ancient paintings that were used as worshipping locations throughout the Bronze Age, and a dark Visigothic grotto that is considered the first Christian temple in the region. Travel a few kilometres, however, and you’ll find the ruins of a long-abandoned and isolated Franciscan monastery that you should be able to spot in today’s image. For one reason or another, this place has always been linked to spiritual activities.