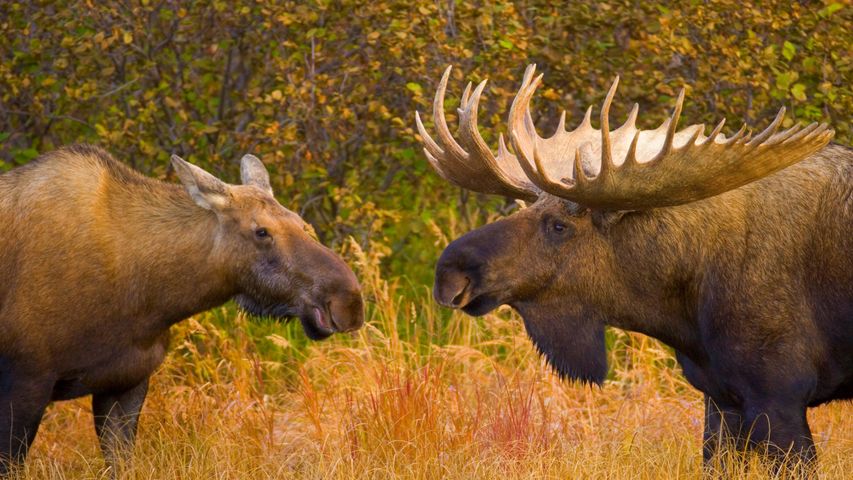 When being in a rut is OK. Alaska moose

After months of eating, roaming, and avoiding predators, Alaska moose spend autumn trying to propagate the species during what is called the rutting season, which runs from late September to early October. Males, called bulls, will mark their scent on trees to attract females. They’ll also fight other bulls for access to females, called cows.

Fights between bulls can sometimes be fatal, and occasionally a bull will have to wait until next year's rut to mate if it loses a fight. Virtually all cows have only one mate per year, but bulls can mate with 25 cows over a 12-month period.