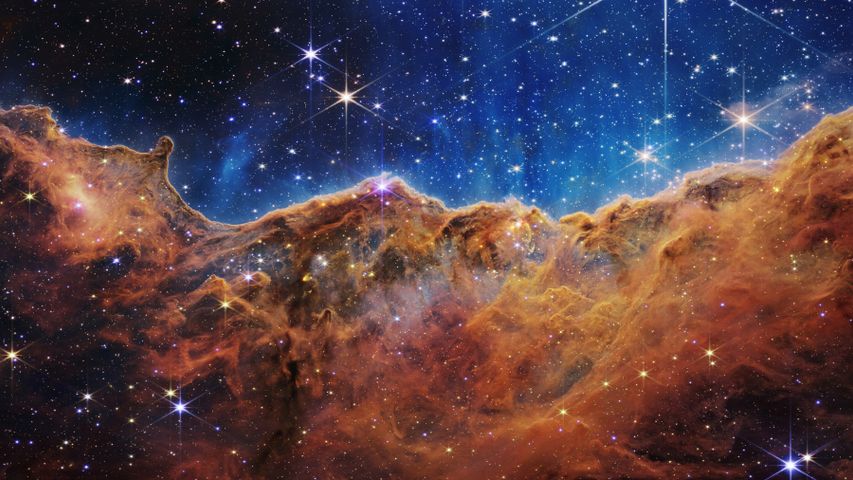 Since the first pictures arrived from the James Webb Space Telescope this July, the world has been mesmerised with the vividness, resolution and literally otherworldly nature of the telescope’s infrared images. The JWST’s technology will revolutionise the fields of astronomy and cosmology, allowing observation of the first stars in the universe and the formation of the first galaxies. The telescope’s atmospheric details may even reveal potentially habitable exoplanets.

Today marks the first day of World Space Week, a UN-recognised event that runs each year from 4 October, the anniversary of the launch of Sputnik in 1957, to 10 October, the anniversary of the signing of the Outer Space Treaty in 1967. We’re celebrating with this iridescent image of an early star-forming region called the Cosmic Cliffs in the Carina Nebula, captured in infrared.