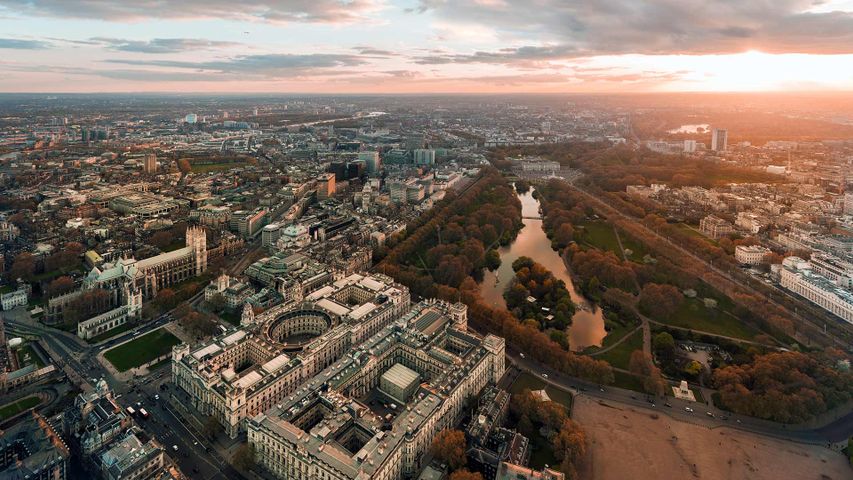 A marathon with a difference

We’re high over Westminster in central London to enjoy this bird’s-eye view of St James’s Park which, as well as being a great spot to take in some famous sights, is also hosting the 2020 London Marathon. Things are a bit different this year for the 40th race, as for the first time in its history, the official course will host an elite-athletes-only event, due to the restrictions imposed on us by the coronavirus pandemic. Instead of touring the city, runners will complete 19 laps of a closed loop circuit around St James’s Park – with an extra 1,345m to take them over the traditional finish line on The Mall, all screened off to deter crowds. Meanwhile, 45,000 other runners will be taking part 'virtually', wherever they are based, completing the 26.2 miles and logging their progress on an app to make it all official.

Central London has a fair amount of green space and St James’s Park is the eastern-most of a chain of parks between Kensington Palace and Buckingham Palace. It includes the great processional route The Mall and the ceremonial parade ground Horse Guards Parade and is surrounded by iconic landmarks including Buckingham Palace, Clarence House, Downing Street and Whitehall. Its lake is also home to a pod of pelicans – a species which has lived here for centuries, after being introduced as a gift from the Russian ambassador in 1664.