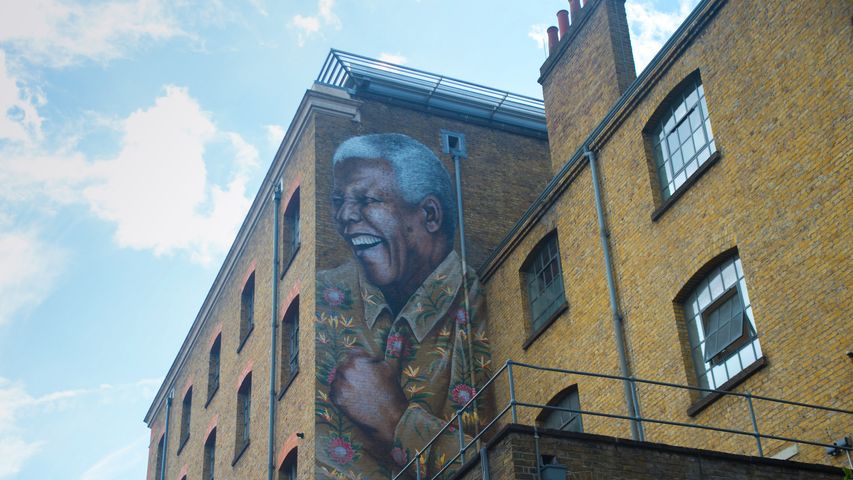 To mark the start of Black History Month in the UK, we’re in Camden, north London, where this huge mural of former South African president and icon of the struggle against apartheid, Nelson Mandela was painted in 2017. This former warehouse building stands on Mandela Street, which was once home to the headquarters of the international anti-apartheid movement. It was renamed by Camden Council in 1985 to honour the man whose name became a byword for the fight against political oppression. At that time, Mandela was serving 27 years in prison for his political activities, 18 of which were served in harsh conditions on Robben Island. He was released in 1990 amid growing international pressure, before going on to become South Africa’s first black president from 1994 to 1999.

Day of the Dead calavera figurines