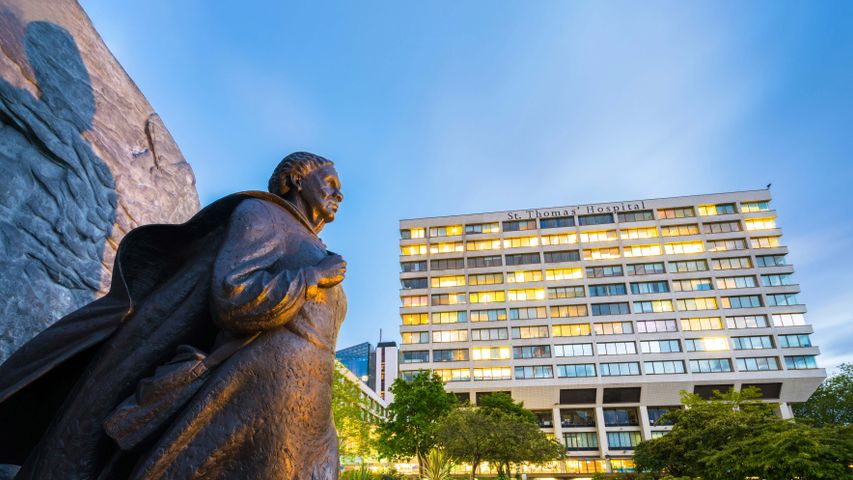 To mark Black History Month, we’re at St Thomas’ Hospital in London where this bronze statue celebrates Crimean War nurse Mary Seacole. At the height of her fame in the 1850s, Seacole was as well-known as her contemporary, Florence Nightingale. But her story slipped from public consciousness after her death in 1881 – only to be revived 100 years later.

Born in Kingston, Jamaica in 1805, Mary’s mother was Jamaican and her father was a Scottish soldier. Well-travelled, she built on nursing skills learned from her mother and cared for victims of cholera and yellow fever epidemics in Kingston and Panama before asking the British War Office if she could be sent as an army nurse to Crimea. Her request was turned down, but she funded her own trip, establishing her British Hotel near Balaclava as a place of respite for soldiers, while also treating others on the battlefield.

Known as Mother Seacole to those she cared for, she returned to England penniless after the war but was lauded by soldiers and a benefit festival was organised to raise money for her in 1857. The centenary of her death brought renewed interest in Mary and calls for a statue to honour her grew after she topped a 2004 poll of 100 Great Black Britons. Unveiled in 2016, according to the sculptor Martin Jennings the statue shows Mary “marching defiantly forward into an oncoming wind, as if confronting head-on some of the personal resistance she had constantly to battle”.