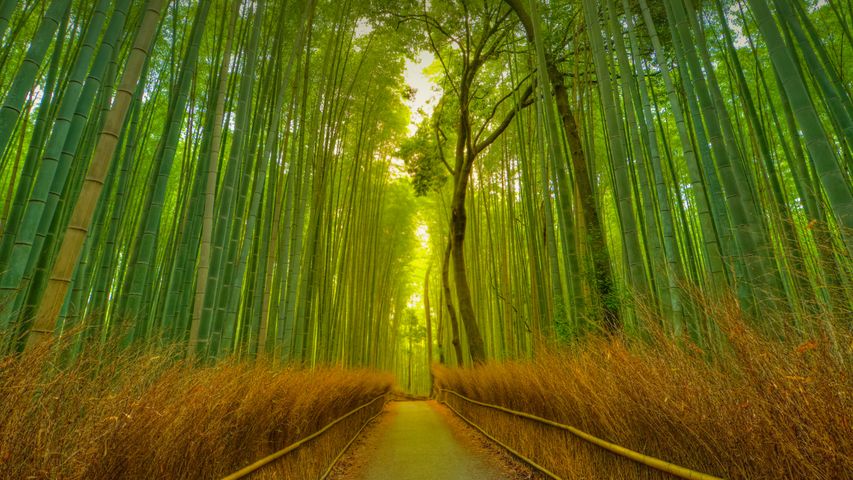 This grove of towering bamboo is one of the most photographed places in Japan. The Arashiyama Bamboo Grove on the outskirts of Kyoto is surrounded by temples and shrines along the Katsura River, above which it rises and turns the world green. The former villas and temples of the old noble class are located near the Arashiyama Grove, and its single path is usually filled with visitors wielding cameras and selfie sticks, making this serene view a rare one.

World Bamboo Day, celebrated on 18 September, was created in 2009 to bring attention to this useful and versatile plant that flourishes in East Asia. Although the tallest bamboo can grow up to 100ft (30m), bamboo is not a tree but a grass. Known for its light weight, strength and rapid growth, bamboo can be used to make almost anything, from clothing to building materials - and its shoots can even be consumed as food. Because it grows as much as 3ft in a day, it's a highly renewable resource – although it can also be an invasive species in some places.

While bamboo grows best in tropical and warm climates, it adapts well to cool temperatures and high altitudes. And although it might have the most cultural value in Asia, it grows wild in Africa, the Americas, and Australia, too.