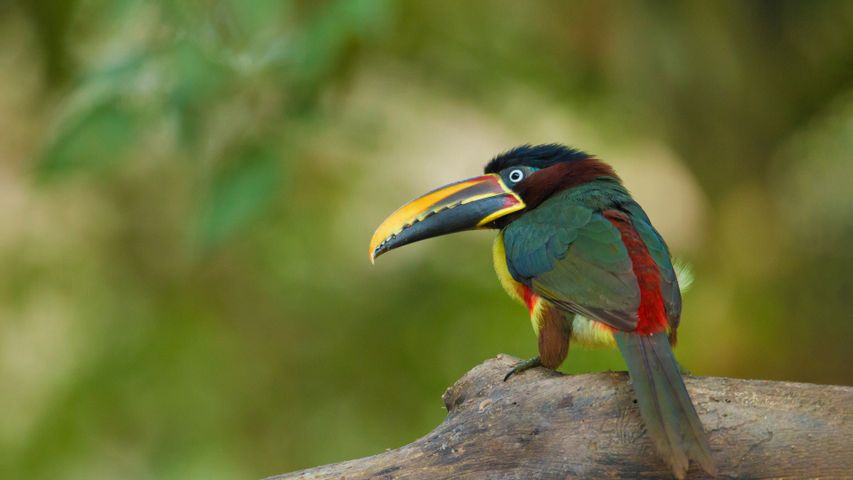 Today we're following our nose to the Pantanal in Brazil to visit this member of the toucan family named for the brownish plumage around its ears. What, you've never heard of a chestnut-eared aracari? That could be because aracaris don't really stand out among toucans at a glance: they have long, colourful bills, and they mate for life, always laying eggs in the same nest year after year. But aracaris are much more social nesters: Up to six aracari adults and all their babies might live in one nest.

Toucans are found in tropical climates in Central and South America, mainly in rainforests (our chestnut-eared friend tends to be found in the Amazon basin and throughout Bolivia). Known frugivores, or fruit eaters, toucans have also been spotted eating the occasional lizard or even rival bird. They tend to be friendly with humans and have been successfully kept as pets, but probably prefer the wildlife.