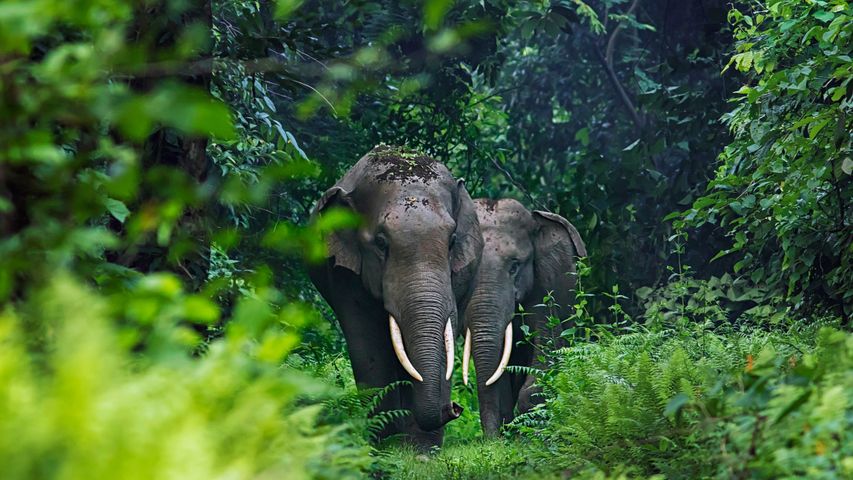 The Asian elephant is the largest surviving land mammal in Asia. Although significantly smaller than its African cousin, it is still an awesome beast. They are highly intelligent animals characterised by strong family bonds, sophisticated forms of communication, and complex behaviour, including tool use and the ability to feel grief and compassion. They can reach 6.4m in length and 3m at the shoulder, and weigh as much as 5 tonnes.

The species has disappeared from much of its former range and is now largely confined to isolated populations across 13 countries in South and Southeast Asia, scattered across a total area of roughly half a million square kilometres.