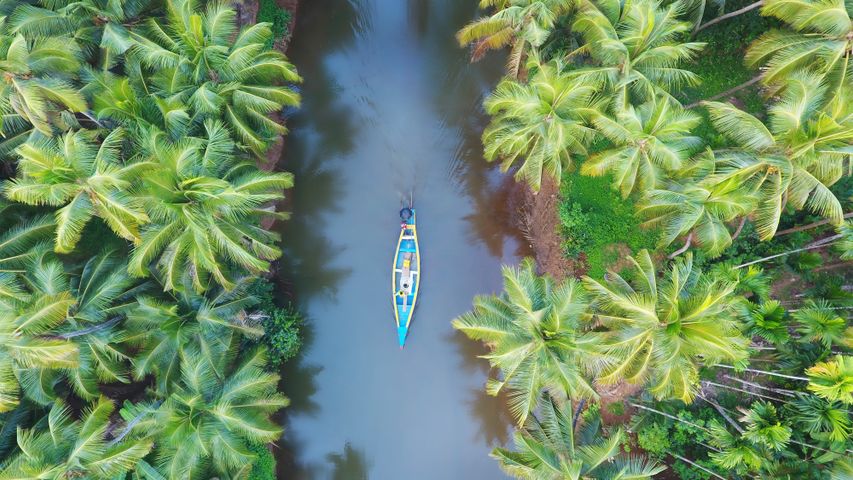 Kerala, the southernmost state of India, is the spice hotspot of the world since ancient times. This beautiful land is rightly called God's Own Country, given to its lush green landscapes and crystal-clear beaches that will leave you awestruck. With all elements of nature in it, Kerala leads the country in various aspects like literacy rate, sex ratio, least population growth, and travel and tourism.

The name Kerala is derived from kera, the local Malayalam word for coconut, and there is an abundance of palm trees across the state. The spiky dark green fronds acting as natural parasols against the glare of the sun. The coconut doesn’t just lend its name to the place, but also acts as a ubiquitous and adaptable natural resource from which countless products, such as coir, a versatile fibre, and toddy, a famous and potent local brew, are derived.

The title of ‘God’s Own Country’ invokes the stunning natural beauty for which Kerala is renowned, of course, but also alludes to the variety of faiths that thrive here. The coexistence of Hindus, Muslims, Christians and even some Jains is apparent across every city, town and village. If for no other reason, the state can lay claim to the title because there are so many gods who might be inclined to choose it as their own.