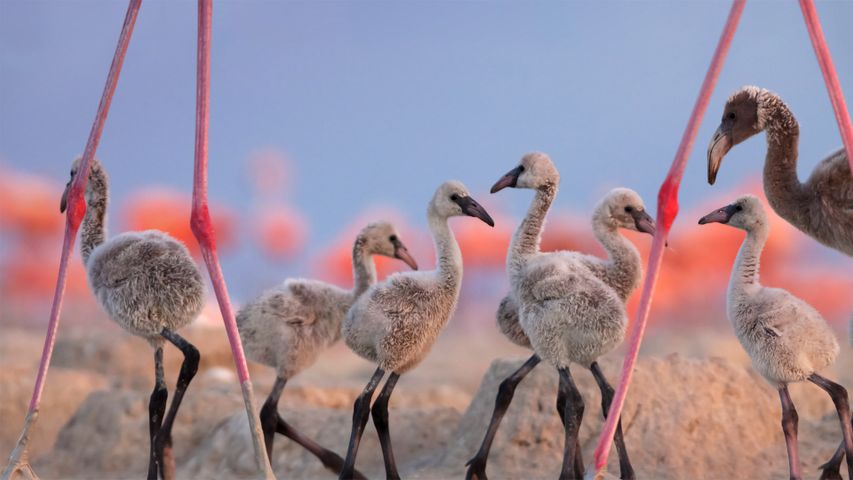 These chicks and their hovering parents are in Mexico’s Ría Lagartos Biosphere Reserve in the Yucatán Peninsula, a critical nesting colony for Caribbean (aka American) flamingos. They’re highly social birds that live in colonies of thousands, and like all flamingo species, they lay just one egg per year. When chicks hatch, they’re a kind of grey-white. But after a year or two, they develop pink plumage with a healthy diet of shrimp, algae, insects and plankton, much of which contains beta-carotene, a red-orange pigment.