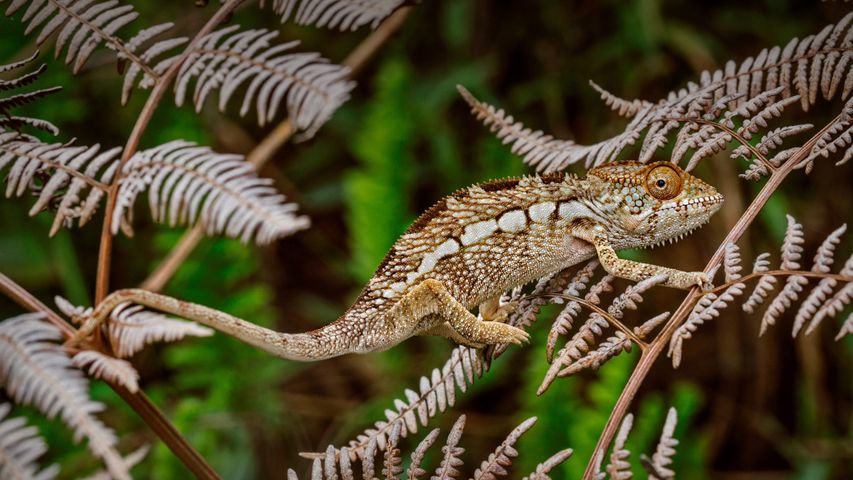 Do you hold a warm spot in your heart for these cold-blooded creatures? On World Lizard Day, we’re featuring this camouflaged panther chameleon, one of many lizards that inhabit the island of Madagascar in the Indian Ocean. More than 50% of chameleon species are only found on the island, including the world’s smallest-known chameleon, the Brookesia nana, which is smaller than your fingernail.

There are more than 5,000 species of lizards and they are spread over every continent except Antarctica. Their strategies for survival are numerous. Chameleons and geckos camouflage themselves so they seem almost invisible. Many lizards can release their tails, a technique called tail autonomy, to distract predators while they escape. The frilled-neck lizard fools would-be predators by making itself look large and scary. And Komodo dragons, the only lizards known to hunt humans, stay safe simply because they are large and scary. No fooling required.