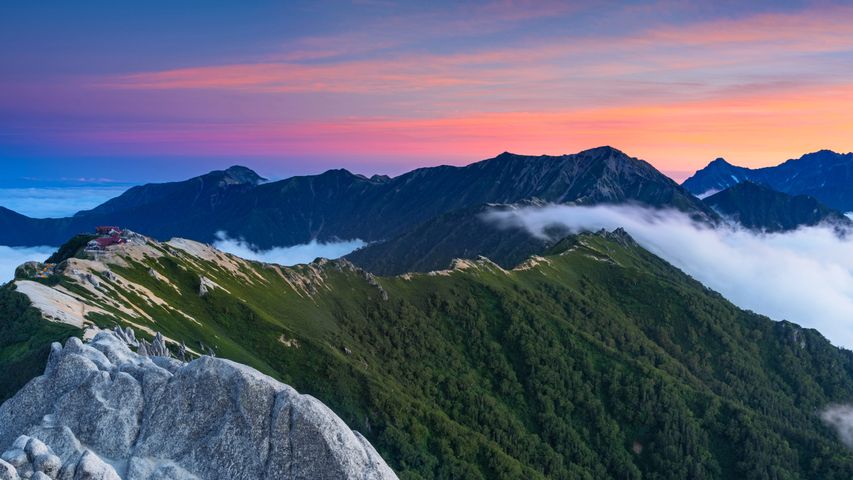 Nearly three quarters of Japan is made up of mountains, thanks to its location on the Pacific Ring of Fire volcanic zone. Japan's four major islands – Honshu, Hokkaido, Kyushu and Shikoku – all have ranges running through them. One of the most photographed peaks in the word is snow-capped Mount Fuji, Japan's tallest mountain at 3,776 metres. While not quite as tall, the 2,763-metre Mount Tsubakuro, which we feature in our image today, is a popular hiking destination, with well-maintained trails, rest areas and lodges.

Known as the Queen of the Northern Alps, granite-covered Mount Tsubakuro is said to be one of the easiest mountains of the Japanese Alps to climb, not to mention one of the best places to go to enjoy incredible alpine views. Beautiful scenery abounds here on the island of Honshu, less than three hours' driving distance from Tokyo. From the summit you can view some of the highest peaks in Japan, such as the Yatsugatake mountain range and Mount Fuji. Japan's rugged terrain is a boon for its tourist industry, providing opportunities for skiing, climbing and resorts with hot springs – Mount Tsubakuro is no exception.