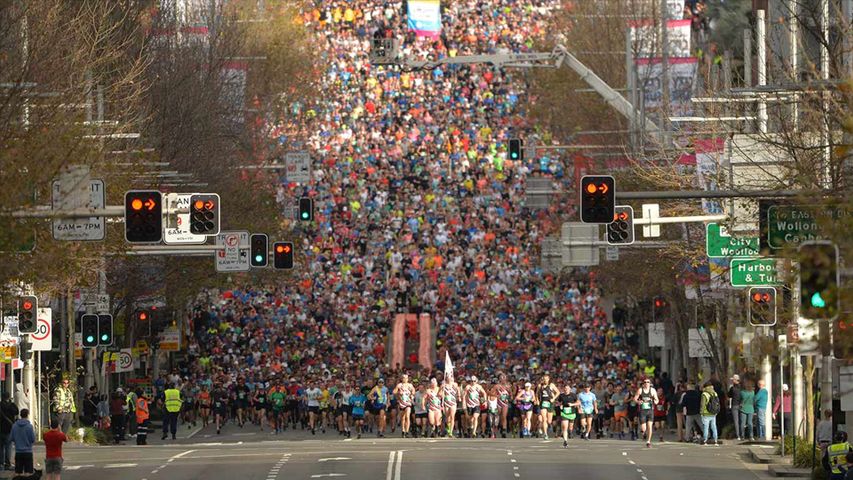 Ready, set, race!. Off to a running start

Sydneysiders everywhere are throwing on their activewear today for the annual Sun-Herald City2Surf – a 14km race that starts from Hyde Park in the city’s CBD and ends at the world-famous Bondi Beach. The event’s origins actually date back to 1970, when a note from a Fairfax US correspondent sent a newspaper clipping to the editor of The Sun newspaper (now known as The Sun-Herald), about the San Francisco Bay to Breakers. With that clip serving as inspiration, The Sun City2Surf was born a year later, albeit with considerably less fanfare and just 1,500 entrants.Since then, that number has exploded, with 80,700 people in 2017 making their way to the starting line to battle the notorious “Heartbreak Hill” – the course’s difficult halfway point. Not everybody runs the entire course, however. Many family and friends complete it at a leisurely pace, while some even dress up in costume for the occasion. For all those who have entered this year’s race – best of luck!