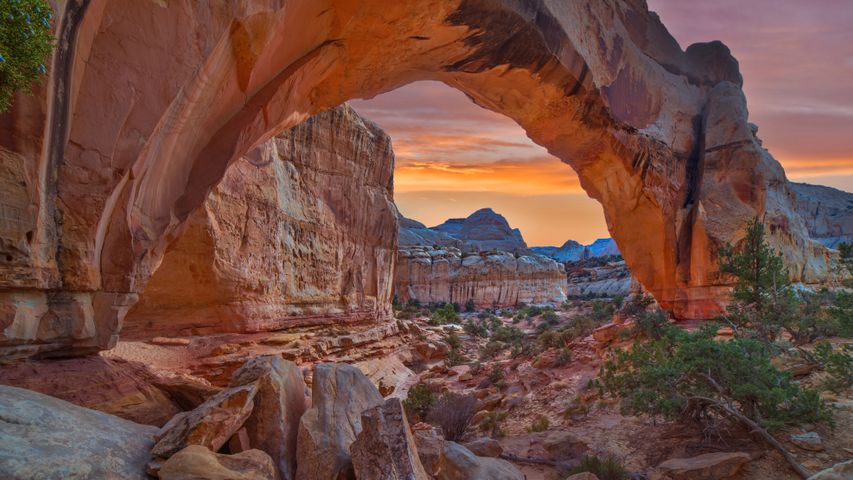 Welcome to Capitol Reef National Park, in the US state of Utah, where this magnificent natural arch sits more than 300ft (91m) above the Fremont River. Hickman Bridge is one of the best-known sights in the park, whose geology is defined by the Waterpocket Fold, a nearly 100-mile-long wrinkle in the Earth’s crust that emerged around the end of the dinosaur era.

Wind, rain and time have eroded the Navajo Sandstone geological formation into colourful canyons, buttes and natural arches like Hickman Bridge. The dramatic rock formations, gullies and ancient pictographs and petroglyphs carved by the Fremont people, who settled here about 2,000 years ago, make Capitol Reef a favourite destination in the American West.

Capitol Reef National Park was first established as a national monument, an area of protected land, on this day in 1937, then became a national park in 1971. It is named after its massive rock domes that reminded nearby residents of that famous rotunda of the US Capitol Building in Washington, DC. Why Capitol 'Reef' though? Because the imposing formations were major obstacles to travellers through the region, the same way a coral reef is an obstacle to sailors.