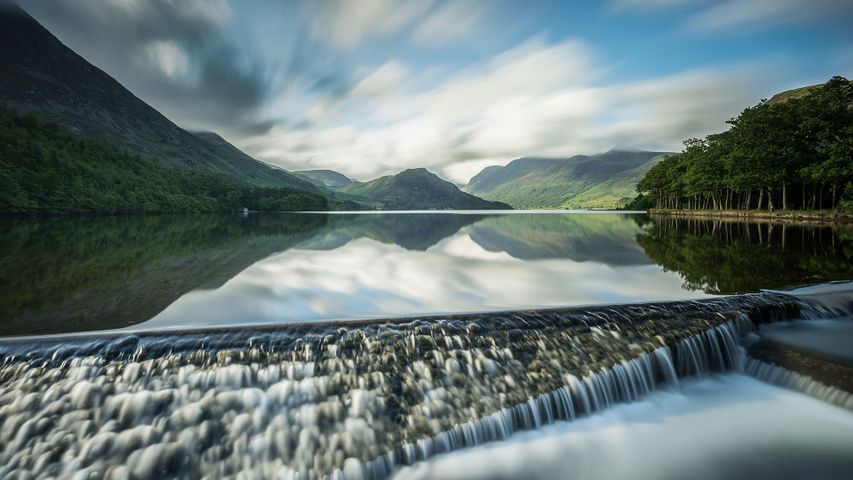 Natural lakes reflect surrounding mountains, fells and forests here in Cumbria’s Lake District, a UNESCO World Heritage site whose picturesque landscape has inspired writers from William Wordsworth to Beatrix Potter. Crummock Water and its neighbours, Buttermere and Loweswater sit in one of the prettiest parts of the Northern Lakes, the Vale of Lorton. Their chilly, clear waters make them an ideal home for the Arctic char as well as brown trout, sea trout and salmon. Also look out for Lakeland sheep wandering onto the roads and for red squirrels around Loweswater.The Lake District gets busy during the summer but Crummock Water is considered one of the quieter lakes. It is a favourite with swimmers however and going for a dip is a popular way to cool off after a walk around its shores. The lake itself is 2.5 miles long, about half-a-mile wide and, in parts, more than 140 feet deep. It’s fed by streams, including one from Scale Force, the Lake District’s tallest single-drop waterfall, at 170 feet high.