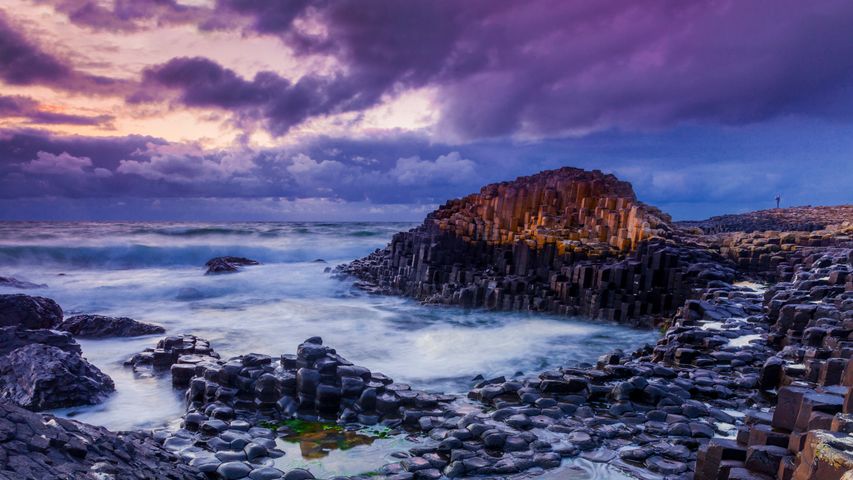 We’re paying homage today to the geological wonders that are rocks. With us since the beginning, rocks have been key to our survival, used for everything from tools to housing and weapons. A period of our history was so reliant on rocks that it will forever be known as the Stone Age.

Here at the Giant’s Causeway in Northern Ireland, there are roughly 40,000 interlocking hexagonal columns of basalt formed after an ancient eruption. According to one Gaelic legend, however, this was built as a battleground for two giants, Ireland’s Finn MacCool and Scotland’s Benandonner. Another legend suggests MacCool built the causeway to cross the North Channel to meet a Scottish lover. Whatever the story, the Giant’s Causeway is revered as a natural wonder and is one of the most popular tourist spots in Northern Ireland.