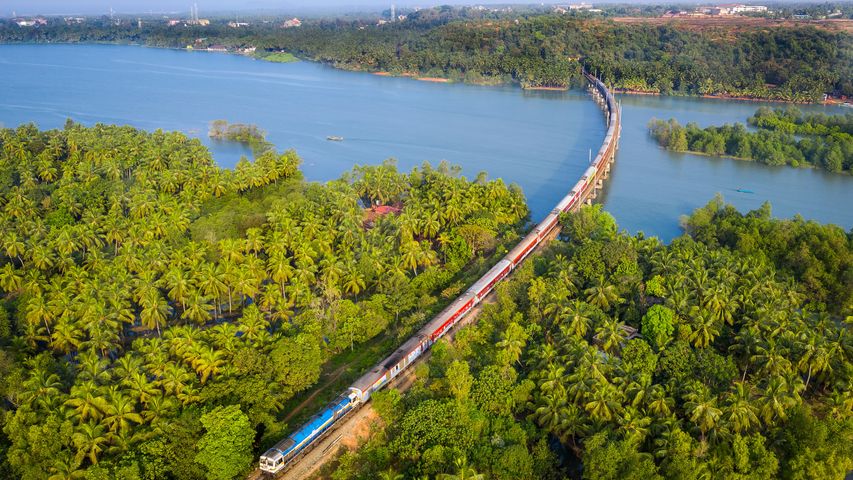 Here, we are looking at the Sharavati Bridge, the longest railway bridge in the Indian state of Karnataka. It is 2,060 metres long and it carries the Konkan Railway over the Sharavati river. Constructed in 1984, the bridge is recognised around the globe as an engineering wonder. During the 20th century, the project to construct this bridge was considered to be the biggest and perhaps the most complicated railway undertaking (at least in this part of the world). The Konkan Railway has over 2,000 bridges and 91 tunnels constructed through some of the toughest terrains.

The Sharavati river flowing underneath makes this bridge even more beautiful. The river and its surrounding area are rich in biodiversity and are home to many rare species of flora and fauna. So next time when you are in Karnataka, don’t forget to board a train and experience this engineering marvel through your own eyes.