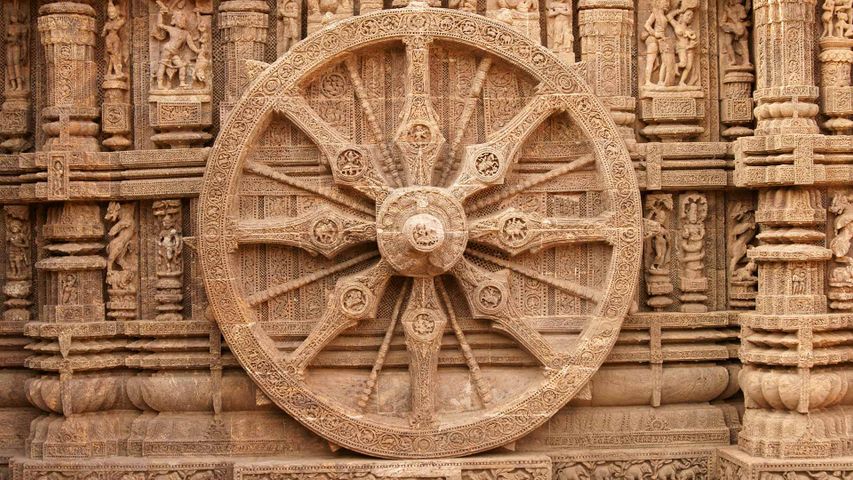 Today, on the occasion of Ratha Yatra, we are showing you a stone wheel engraved in the walls of the Konark Sun Temple. The 13th-century temple, which is also a World Heritage Site, is designed as a chariot consisting of 24 such wheels. Some people say the wheels represent the 24 hours in a day and others say the 12 months. Konark wheel is also used in the Government of India’s official symbol and in some currency notes of Indian rupees.

Rath Yatra, which literally means ‘Festival of Chariots’, is an important festival of Hindus that is organised each year at the famous Jagannatha temple in Puri, Odisha. It is one of the oldest rath yatras in the world. On this day, the idols of Lord Jagannath and his siblings (Goddess Subhadra and Lord Balabhadra) are decorated and brought to cover a 3-km-long journey (from Jagannath Temple to the Gundicha Temple) in chariots drawn by over hundreds of devotees, every year.