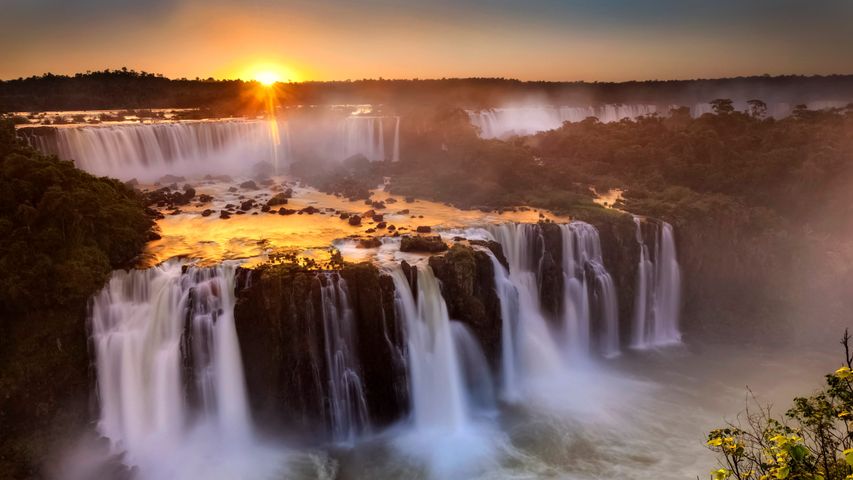 Iguazú Falls, spanning 2.7 kilometres between the border of Brazil and Argentina, is the largest waterfall system in the world. The falls, of which there are about 275, vary in height between 60 metres and 82 metres. The impressive system is about three times the size of North America’s largest waterfall, Niagra Falls.

From today’s viewpoint in Iguazú National Park in the state of Paraná, Brazil, we can watch the sun set behind the same park in Misiones, Argentina. Here visitors can expect lush vegetation and local fauna, which includes jaguars, South American tapirs, ocelots, tricks, anteaters and the black-fronted piping guan. There are amenities such as handrails along the route, as well as convenience stores.

The two national parks have different views of the falls, so it's worth extending your trip to enjoy them from both angles. From Brazil you have a frontal view of the Devil's Throat – the biggest and most powerful of the falls with a height of 82 metres – while on the Argentinian side you can see them from above. There is also the option of a boat ride to get close to the falls. Whichever view of the falls you get, you’re in for a real treat.