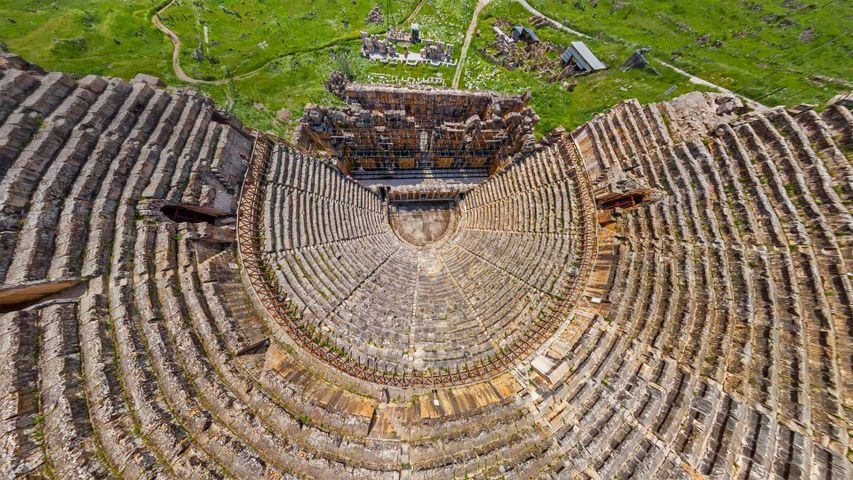 Take in a historic show

In the hills around Pamukkale, Turkey, you’ll find the ancient ruins of Hierapolis, which thrived here as a holy and healing destination through Greek, Roman, and Ottoman times. The city was founded as a thermal spa in 190 BCE by Eumenes II, the king of Pergamon and was likely named after the wife of the legendary founder of the Pergamene dynasty, Hiero.

The amphitheatre so prominent in this aerial view was built in the second century CE under Roman Emperor Hadrian. Renovated several times over the next 160 years - once to accommodate aquatic shows - the theatre would have seated about 15,000 people. An earthquake in 1354 finally toppled the ancient city and it was abandoned until it was excavated by German archaeologist Carl Humann in the 19th century. Today, the complex retains some of the best-preserved decorative features of any ancient Roman theatre, with friezes (broad horizontal bands of sculpted or painted decoration) of Roman Emperor Septimus Severus and his family, as well as the Greek gods Dionysus, Artemis, and Apollo.