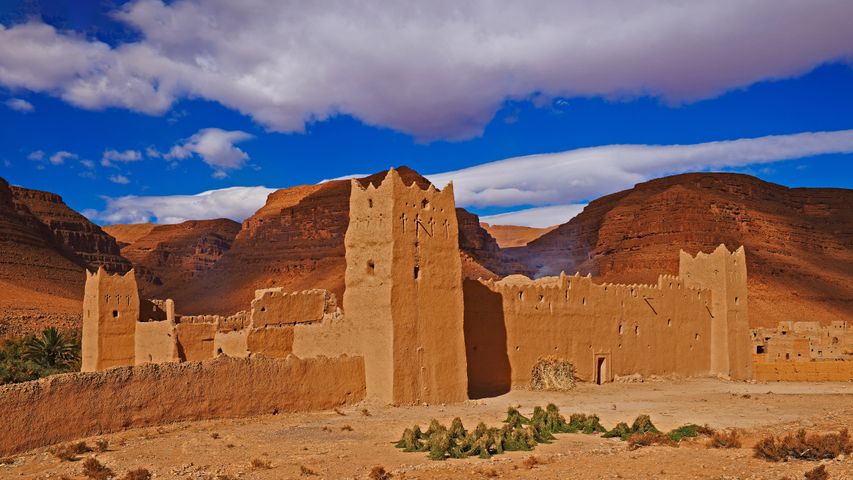 Tafilalet means “jug” in the language of the ancient Amazigh people (aka Berbers), and that's surely an appropriate moniker for the largest oasis in Morocco. After the first permanent settlement of the region, Sijilmassa, was founded in 757 CE, Tafilalet became a stopping point for caravans travelling from the Niger River to Tangier on the northern tip of Morocco and the gateway to Europe.

The oasis here at Tafilalet thrives thanks to underground springs and wells, which are supplied by sandstone aquifers that can be hundreds of kilometres away. Surrounded by the dry sands of the Sahara, the lifegiving waters here at Tafilalet support kilometres of date palm groves, a major industry in North Africa. Over the centuries, several villages have appeared in this oasis, some of them with fortified kasbahs like this one, to withstand attacks from invaders.