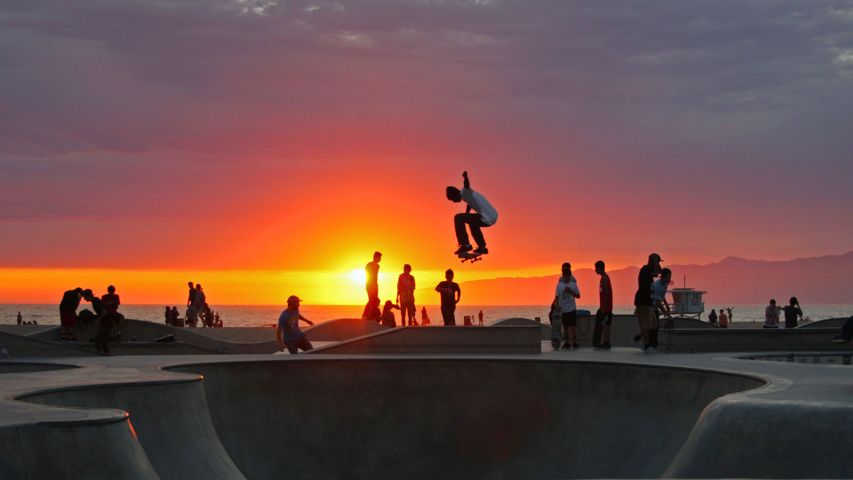 Go Skateboarding Day has been celebrated since 2004, and is intended to promote and encourage the unique athletic skills that skateboarders possess. The sport caught on with surfers in California in the late 1940s and early ‘50s, as a way to ‘surf’ when the waves of the Pacific weren’t rolling in big enough to support traditional surfing. Today, it’s a professional sport and a major industry, with skateparks like this one found in many cities and towns around the country.

You'll have extra daylight to work on your moves today—the late sunset is courtesy of the summer solstice, the longest day of the year.