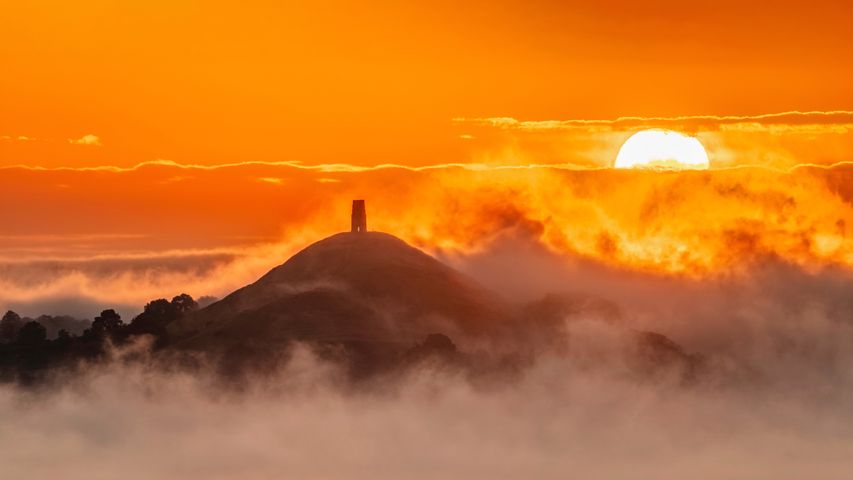 What more atmospheric place to celebrate today's summer solstice than ancient Glastonbury in Somerset, England? Spend the longest day of the year exploring the town, which is swaddled in myth and history. Pagans and Christians alike have worshipped here through the ages, and both groups still do today. Glastonbury Tor is the striking hill on the horizon, and the lonely tower is the last vestige of the 14th-century church of St Michael, which was built to replace a wooden church toppled by an earthquake in 1275.

Adventurous visitors may be intrigued by the legend that suggests you can access the fairy kingdom of Annwn through a secret cave below the tor. (Pay a social call on the lord of the Celtic underworld, Gwyn ap Nudd, while you're there). Another legend tells of a visit by the boy Jesus with his uncle, Joseph of Arimathea, and how they left the Holy Grail in Glastonbury. And there's a tale that the town is the site of the mythical Isle of Avalon, where King Arthur went after his final battle. (As far as we know, the Holy Grail has not been found, but in 1191 monks in the community at Glastonbury Abbey announced that they had found Arthur's grave.)

Regardless of your own beliefs, historical or spiritual, there's no disputing it—celebrating the summer solstice on Glastonbury Tor is a memorable quest. Be warned, though: You won't be alone. The event draws crowds of people, some hoping to tap into the spiritual aura, others who want to start at the tor and work their way to Glastonbury Abbey and the Chalice Well and Gardens. Still others will head from here to the Glastonbury Festival, the massive five-day festival of music and other performing arts that begins in nearby Pilton tomorrow. The summer solstice has been celebrated in different ways in many different cultures for centuries, so feel free to usher in summer however you want, bidding adieu to the dark and cold and welcoming warmer, sunnier days.