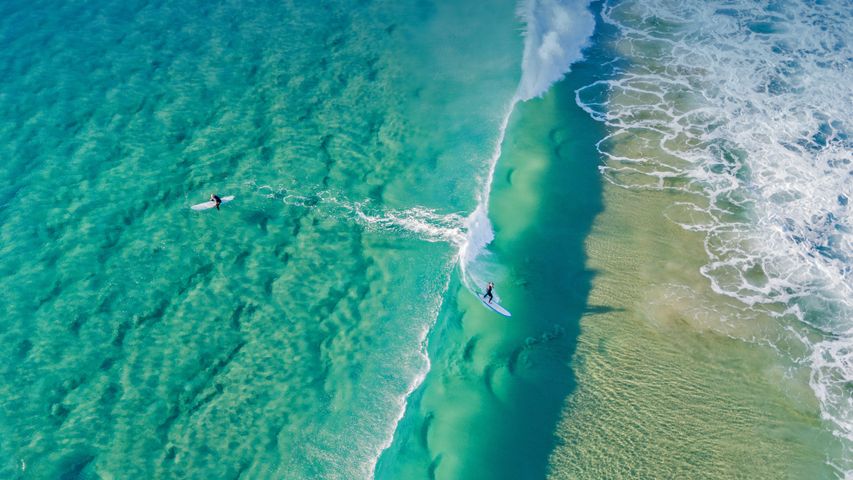 It’s International Surfing Day, a day to pay tribute to the sport and the ocean itself. A surfable wave relies on so much: The winds hundreds or thousands of miles away that produced the energy to set the swells in motion and then the reef, bank or underwater boulder upon which a swell will break. Wind and timing are everything, and good surfers will have a detailed knowledge of the weather and the shore.

You can surf anywhere waves break, from Iceland to Ireland but there are a handful of spots renowned for their waves. Hawaii, Tahiti, California and Australia’s Gold Coast, pictured here are all popular surf destinations. As the sport has evolved, surfers have taken on bigger waves, giants that exceed 50ft (15m) in height at famous surf breaks like Jaws in Hawaii, Mavericks in California and Nazare, Portugal.

Surfing is believed to have originated in Polynesia more than 1,500 years ago, most likely in Tahiti and was observed by Westerners as early as the 1700s in Hawaii. Native Hawaiians are credited for creating the modern sport. Duke Kahanamoku, Olympic swimmer and one of Hawaii’s earliest celebrities, helped spread its popularity in the early 1900s. Today, surfing is an Olympic sport, part of popular culture and for those with the know-how, the best way to spend a day at the beach.