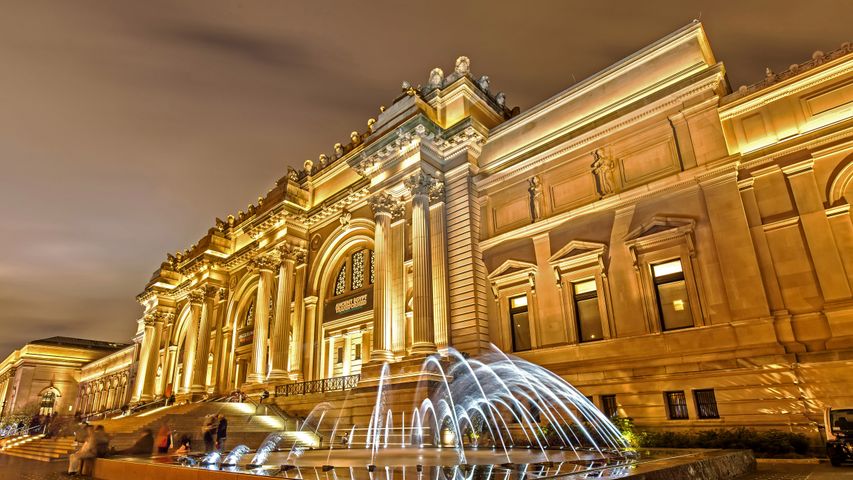 New York City’s Metropolitan Museum of Art, known informally as the Met, is one of the world’s preeminent museums. Perhaps no other art museum in the world commands more recognition, except the Louvre in Paris. The Met anchors Museum Mile, a stretch of Fifth Avenue on Manhattan’s Upper East Side that is home to eight museums. The Met is the biggest, followed by the Guggenheim. All reside within 22 blocks of one another. Today, the city celebrates these curatorial treasures with the Museum Mile Festival, as museums extend their hours and offer free admission to all visitors. Billed as a mile-long celebration of art and culture, the festival also includes outdoor performances along Fifth Avenue.

The Met was founded in 1870 and backs up to the eastern edge of Central Park. Its encyclopedic collection includes art from every part of the world, from classical antiquities to modern art, musical instruments, weaponry, clothing, and even an Egyptian temple, the Temple of Dendur, which was dismantled by Egypt in 1965 and given to the U.S. The Met is also famous for hosting the Costume Institute Gala, better known as the Met Gala, on the first Monday of May. The gala is organized by Vogue magazine and draws celebrities from many fields.

But you don’t have to be an A-lister to enjoy Museum Mile today. So, if your jam is the Met, El Museo del Barrio, the Jewish Museum, or the Cooper-Hewitt, you don’t want to miss this massive block party.