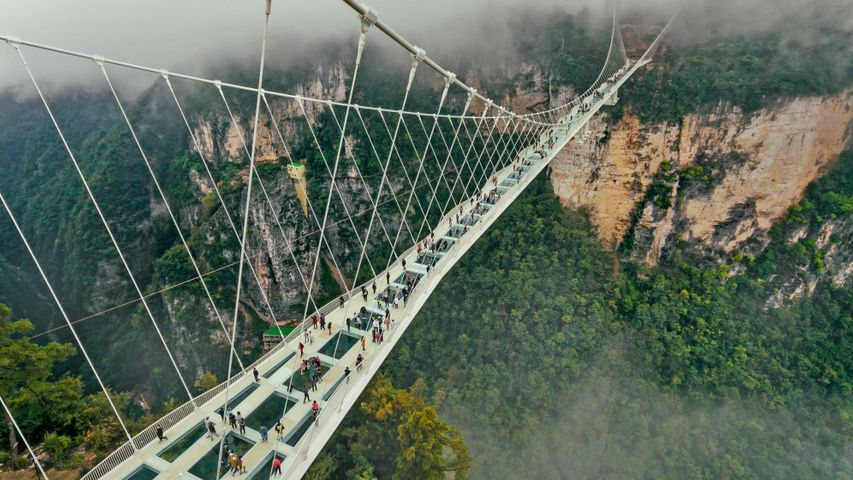 Just 13 days after the Zhangjiajie Glass Bridge opened in 2016 in Hunan, China, it was forced to close. Not because it was faulty, but because the attendance rates far exceeded capacity. Built to hold 800 people safely, daily attendance was expected to be around 8,000. When 80,000 showed up each day after it opened, authorities needed some time for a rethink. Parking, ticketing and customer service were boosted before the bridge reopened.

Designed by Israeli architect Haim Dotan, it was always meant for tourists. Spanning 1,410ft (430m) across the canyon between two mountain cliffs in Zhangjiajie National Forest Park, more than 120 glass panels allow unparalleled views 980ft (299m) straight down. Should you feel daring, you could swing underneath the bridge or take the plunge from the world’s highest bungee jump.

When it was built, it was the longest bridge of its kind in the world. But it has since been eclipsed by another Chinese bridge, at the Huangchuan Three Gorges Scenic Area in Guangdong province, which spans 1,726ft (526m).