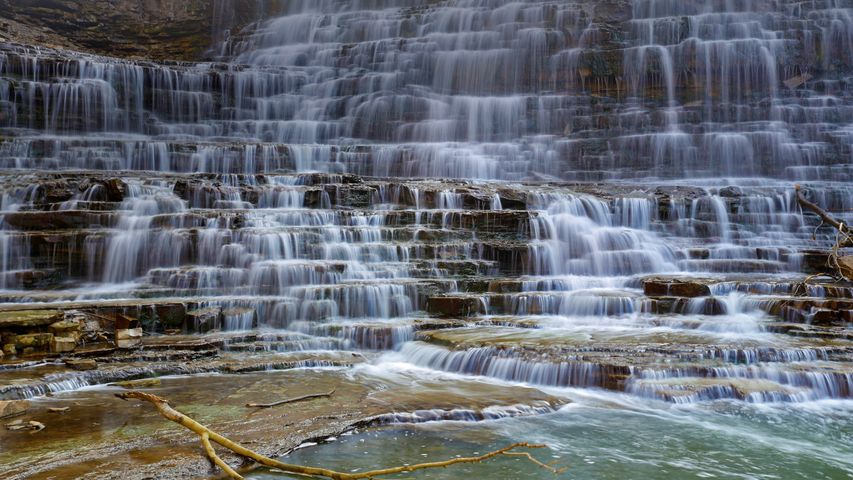 The spectacular Albion Falls is one of more than 130 waterfalls that give the Canadian city of Hamilton its nickname: Waterfall Capital of the World. The city welcomes visitors to share in its natural beauty, and there are hiking and biking trails around the waterfalls as well as guided tours. On the edge of Lake Ontario, on Canada’s south-eastern border with the US, Hamilton lies 54 miles north west of Niagara, a town that knows a thing or two about waterfalls.

As you can see here, Albion Falls is a stepped waterfall with cascading flows that fan out spectacularly. It’s 62ft (19m) high and almost as wide. There are two viewing platforms at the top for jaw-dropping photo ops. Just obey the signs and watch your footing: There is some fencing, but the ground can be unstable near the cliff edges.