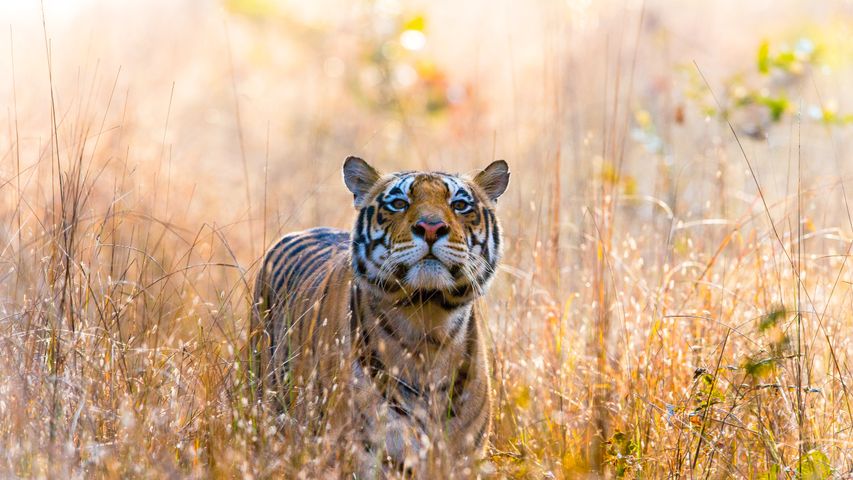 Meet the famous male tiger T-17 of Kanha National Park, popularly known as Munna. He was Kanha’s most photographed tiger and the most recognised tiger of Madhya Pradesh because of the characteristic stripes on its forehead which resembled the word ‘CAT’. Once a dominant male tiger across the Kanha and Kisli range, Munna was also very tourist-friendly and hardly paid heed to the presence of human beings around him.

Back in his initial days of ruling the national park, he was known as an astute preyer who would hunker down, wait patiently, and then conquer his target. Not just this, he was also accused of many human-wildlife conflicts in Kanha National Park, where many locals ended up losing their life as a result of attacks by Munna. He even killed other tigers and their cubs to eat them. Apart from being an apex predator, he was also recognised as a great warrior who can fight with anyone with all his might to defend his territories.

Kanha National Park, one of the nine national parks in Madhya Pradesh, is arguably one of the best-managed tiger reserves in India and can be counted among those across the world that provide a superlative wildlife experience to the visitor. Spread across a total area of 1945 square kilometres, including the buffer and core zone, Kanha is the largest in MP. The National Park was declared a wildlife sanctuary in 1933 and was later upgraded to a National Park in 1955.