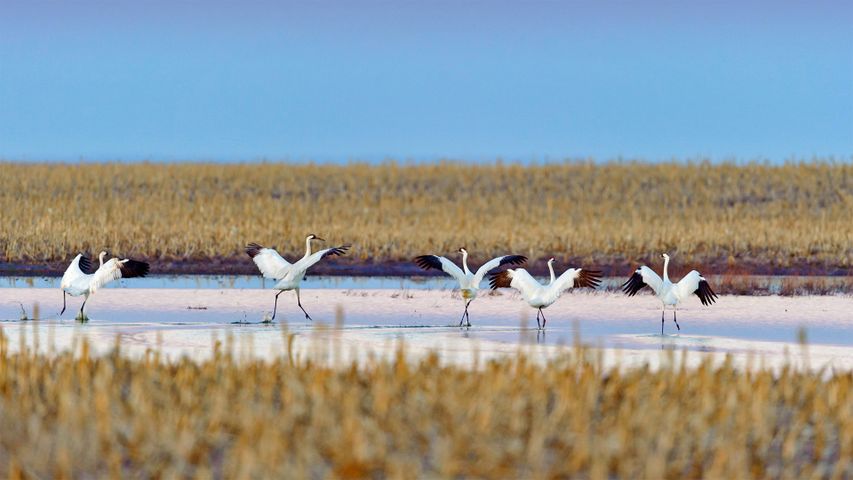 Whooping cranes are so named because of their unique and very loud call, which they sound either alone or in unison. The calls are so loud they can be heard at distances greater than a mile (1.6 kilometres). Part of the reason the whooping crane is so loud is its trachea, which can be almost 5 feet long, curling into the bird's sternum to help it project.