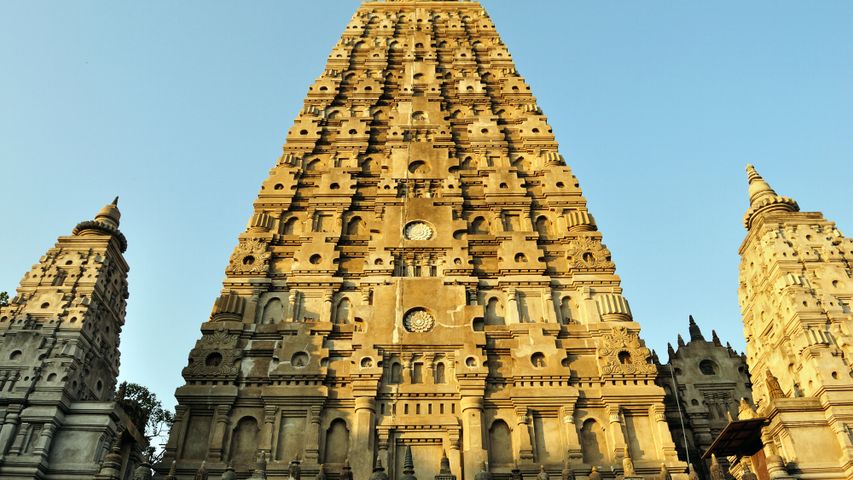 Today, we are celebrating Buddha Purnima to commemorate the birth of Lord Buddha. According to Buddhist traditions, Prince Siddhartha Gautama, later known as Gautama Buddha, was born in 623 B.C. at Lumbini in the Terai region of Nepal. In Hinduism, Buddha is considered the ninth avatar of Lord Vishnu. He preached dharma (duty), non-violence, harmony, and kindness. He left his worldly possessions and princedom at the age of 30 to lead a life searching for the truth, seeking penance in the hopes of liberating himself from suffering.

On this occasion, we are taking you to the Mahabodhi Temple in Bodhgaya, Bihar. It is considered one of the four main Buddhist pilgrimage sites. Declared as a UNESCO World Heritage Site, the Mahabodhi Temple complex houses several holy sites such as the Vajrasana or Diamond Throne, an 80-foot Buddha statue the Mahabodhi Stupa, and a lotus pond. It also has the famous Bodhi tree under which Prince Siddhartha gained enlightenment and became Gautam Buddha. The site also comprises monasteries belonging to the different sects of Indian Buddhism such as Bhutanese, Taiwanese, Bangladeshi, Thai, and Tibetan.

On this day, the believers of Buddhism around the globe offer prayers, meditate, observe fasts and discuss the teachings of the Buddha.