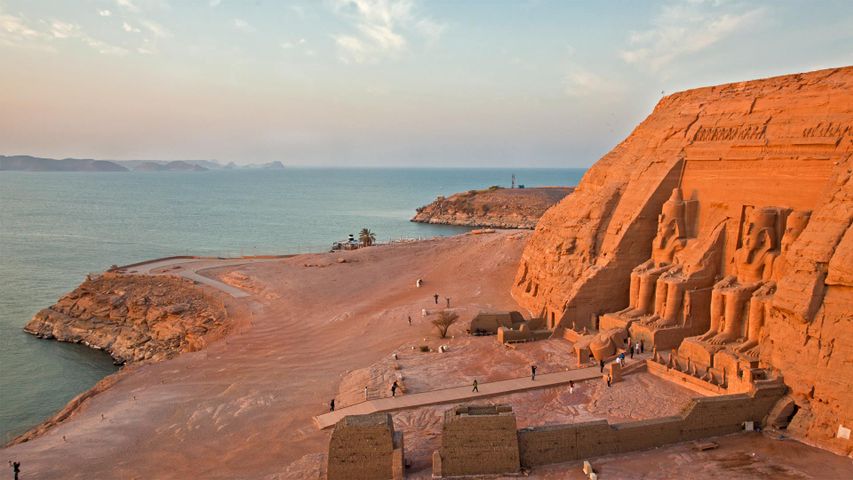 These massive temples—known today as Abu Simbel—were built in the 13th century BCE by the pharaoh Ramesses II. He left a legacy of monuments and temples across Egypt, many of which, like Abu Simbel, featured Ramesses II himself as the star attraction. But over the centuries, these temples were almost completely buried in sand and forgotten. It was not until the early 1800s when an explorer saw the heads of the colossal statues poking through the sand that the temples were again ‘discovered.’ Then, in the 20th century, rising waters of the Nile threatened to flood the site. The temples were disassembled and relocated to a nearby hill. The process took almost five years and required that workers cut the temples into pieces and reassemble them exactly as they were built 3,000 years ago. We think Ramesses II would approve.