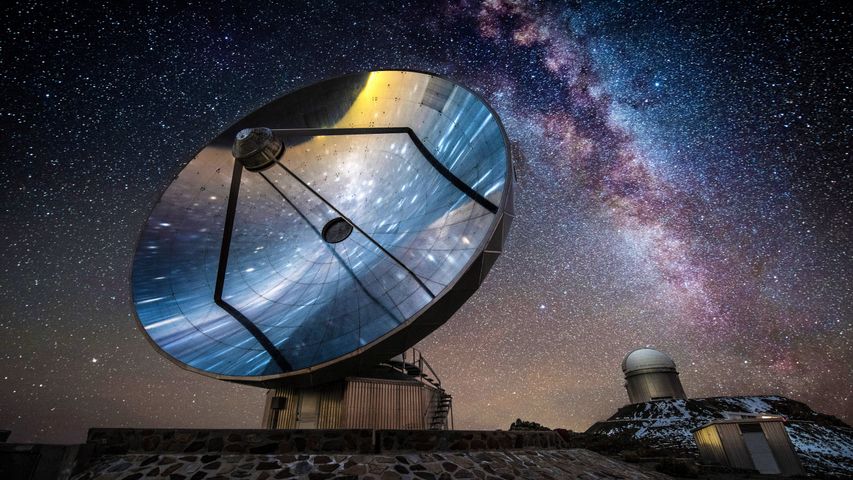 In one of the darkest places on Earth there's a cluster of telescopes that examine the heavens each night, sending detailed information about the celestial bodies they observe to astronomers across the planet. Far from any population centres or light pollution, the Atacama Desert is the world’s driest nonpolar desert. It’s the perfect place for La Silla Observatory, one of the largest observatories in the Southern Hemisphere, and the first to be used by the European Southern Observatory (ESO), a research organization made up of astronomers from 16 European nations. The first ESO telescope at the La Silla site in Chile began operating in 1966.

And what better place to spend World Astronomy Day? Initiated in 1973, the intent was to set up various telescopes in busy urban locations so that passersby could enjoy views of the heavens. Since then, the event has expanded and is now sponsored by several organizations associated with astronomy. The springtime Astronomy Day is mirrored by another in the fall between mid-September and mid-October.