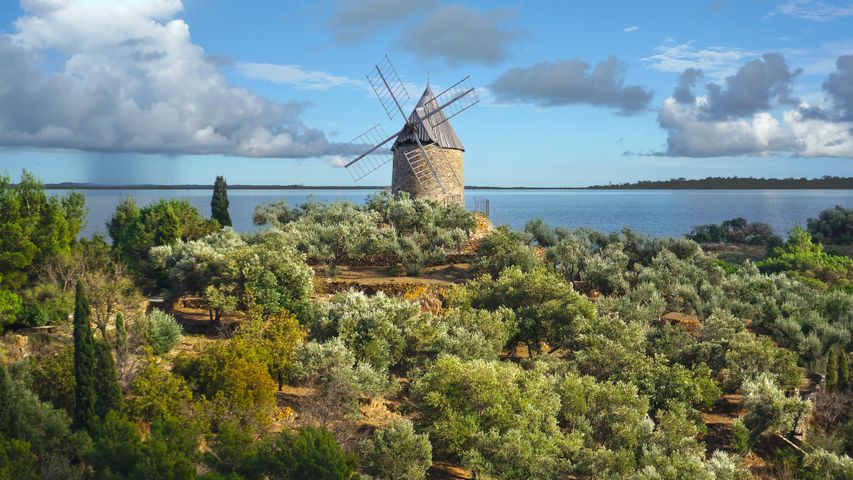 This ancient windmill, enjoying the sea breeze from the Mediterranean coast in the south of France, is a reminder of a past technological age. Today, modern windmills, called wind turbines, use the wind to produce electricity for many communities, but windmills have a long history. The first practical windmills started appearing by the 9th century in the Middle East and Western Asia. Traditionally, the energy generated by a windmill was used to grind grain into flour and pump water. These structures became popular and widespread in Europe from the 12th century, and there were about 200,000 wind-powered mills in Europe at its peak in the middle of the 19th century. Their use declined due to the arrival of steam and electricity-powered machines, but there are still many photogenic windmills scattered around the world.