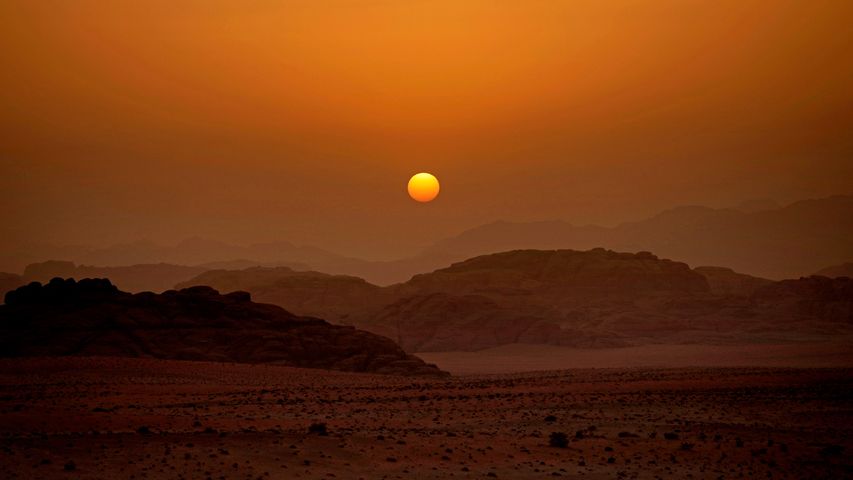 The sun sets on the Valley of the Moon. Star Wars Day

This otherworldly desert landscape in Jordan might look familiar to fans of the ‘Star Wars’ films, especially today on Star Wars Day, an annual celebration every May 4 of all things ‘Star Wars.’ Wadi Rum, aka Valley of the Moon, in southern Jordan, stood in for the moon Jedha in ‘Rogue One,’ and for the planet Pasaana in ‘Star Wars: The Rise of Skywalker.’ It is easy to see why this desolate landscape was chosen to mimic an alien world.

Wadi Rum ('wadi' means 'valley' in Arabic) is the largest valley in Jordan, cut through sandstone and granite formations. A UNESCO World Heritage protected area, Wadi Rum is singled out for its ancient rock carvings and archeological remains. Various human cultures have lived in this valley since prehistoric times.

Today, the valley is one of the most popular destinations in Jordan for tourists, particularly rock climbers and hikers. Summer temperatures routinely hit 30 degrees, but this being the desert, temperatures cool considerably at night. The Zalabieh tribe of Bedouins call the valley home. They act as guides for tourists and coordinate activities like camel rides, horseback rides, and camping. A major coastal city, Aqaba, is less than 65 kilometres away, so if you’d like to visit Wadi Rum, put away your hyperdrive—you don’t have to leave the galaxy.