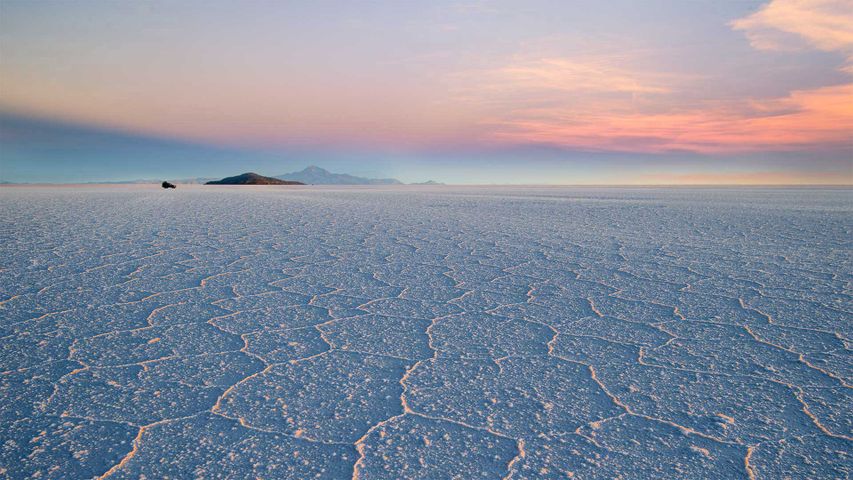 Does this area look familiar? If you're a 'Star Wars' fan you might recognize it as the planet of Crait, featured in 'The Last Jedi.' In reality it's Salar de Uyuni, the world's largest salt flat, found in southwest Bolivia. This otherworldly landscape is near the crest of the Andes, nearly 3,700 metres above sea level. It was formed by the transformations of prehistoric lakes which dried up in this area, leaving behind a salt crust several feet deep. After a rare rainfall, a thin layer of perfectly still water will transform the salt flat into a giant mirror nearly 130 kilometres across.