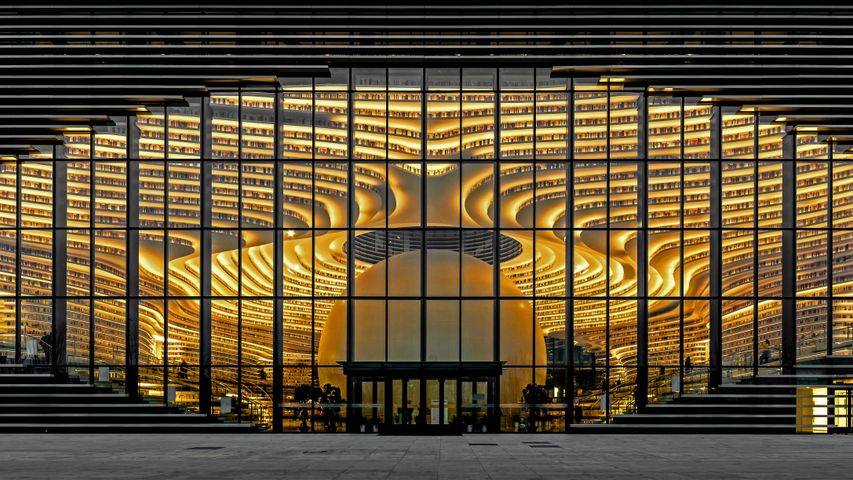 World Book Day takes us to the Tianjin Binhai New Area Library in Tianjin, China. Nicknamed 'The Eye,' this immense, stunning facility was completed in 2017 as the focal point of the Binhai Cultural Center. Designed by Dutch design firm MVRDV in collaboration with local architects, the library's floor-to-ceiling bookshelves appear well stocked with books, but most of them are actually printed images. The real books are stored in traditional rooms with normal shelves. Still, it looks super cool.

The original idea for World Book Day was conceived in 1922 by Spanish writer Vicente Clavel Andrés to honor famed 16th-century author Miguel de Cervantes. It was first celebrated in 1926 on October 7, Cervantes' birthday, before being moved in 1930 to his death date, April 23, which is also the date of William Shakespeare's death. In Spain the day often involves an exchange of gifts, with the traditional gifts being a book and a rose. In 1995 the United Nations Educational, Scientific and Cultural Organization (UNESCO) established World Book Day as a worldwide celebration of the written word and the power of stories.