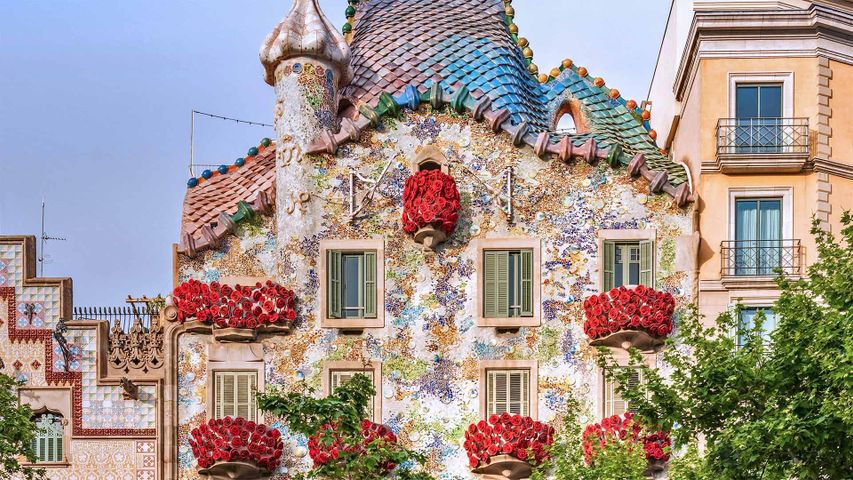 A house of dragons and roses. A legend and a legendary home

To celebrate Sant Jordi’s Day today, we’re studying the intricate façade of Casa Batlló in Barcelona, Spain. The holiday is the Catalan celebration of Saint George’s Day, which is observed throughout Europe. According to legend, Jordi (Catalan for ‘George’) saved a princess from the clutches of a terrible dragon. After rescuing her, the knight gave the damsel a red rose, which has become an important symbol of the holiday in Catalonia. As it happens, Spaniards also celebrate April 23 as Book Day, marking the anniversary of the death of Miguel de Cervantes, the famous 16th- and 17th-century Spanish writer. So here in Barcelona, both roses and books are given to loved ones on Sant Jordi’s Day, while music and dancing fill the streets. We might pause in our revelry to spend some time taking in Casa Batlló, designed by Spanish architect Antoni Gaudí. The building is heavily inspired by Sant Jordi’s legend, with red roses on the balconies, and a roof made to look like dragon scales.