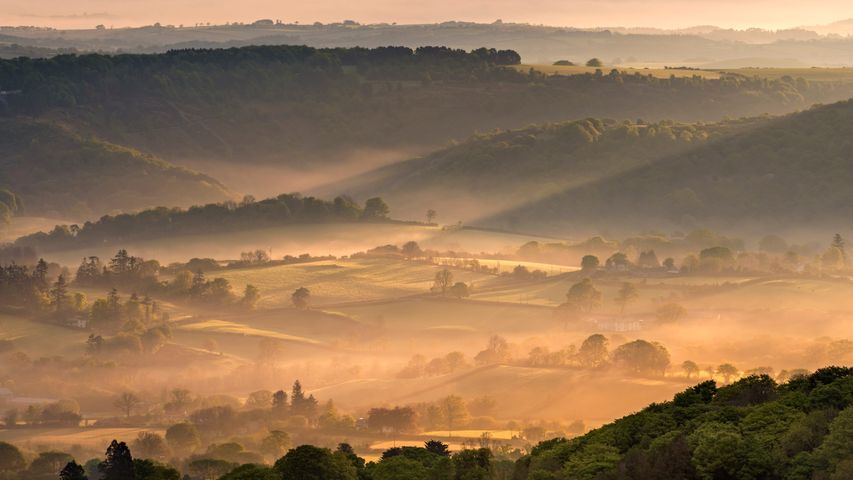 When the mist sets in, Dartmoor National Park can take on an eerie appearance. Located in south-west England, much of Dartmoor sits on granite rock, created about 280 million years ago. There are about 160 free-standing rocky outcrops called tors, striking landforms created by the erosion and weathering of granite above the surface. Some have names including High Willhays – the highest point on Dartmoor at 621 metres above sea level. Several rivers start on Dartmoor and there are prehistoric stone circles and standing stones dotted across the moor, the remains of Iron Age forts and medieval settlements.

Much of Dartmoor is used for farming so there are thousands of cows and sheep here, and it is famous for its hardy ponies, bred to withstand the extreme weather on the moors. Ponies have lived on Dartmoor since prehistoric times and herds roam freely on the moor. When Dartmoor was designated as a national park in 1951, the pony was chosen as its logo.