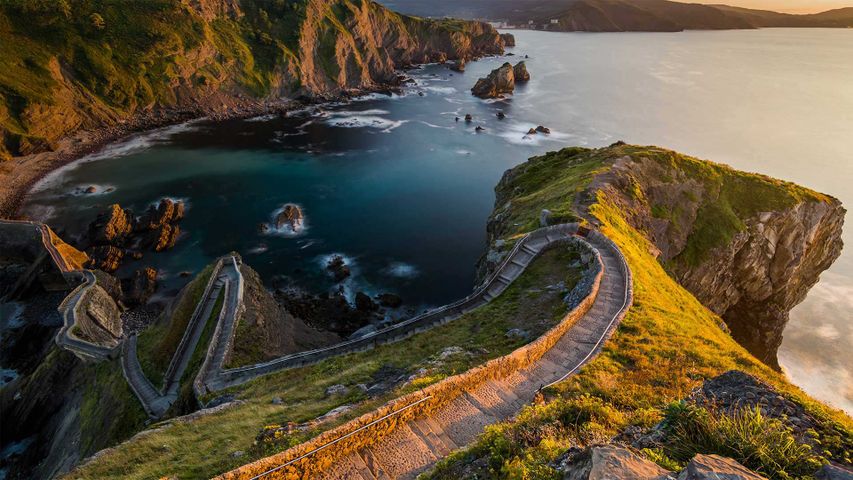 The tiny island of Gaztelugatxe is connected to the mainland of northern Spain in Basque Country by a manmade bridge and this winding, ancient stone footpath. Two hundred and forty-one steps lead up to a small church, originally dating from the 10th century. The church has been destroyed and rebuilt several times—its current incarnation was built from scratch in the late 1800s.But we're not here for the stunning view alone. This location added some real-life majesty to last season's 'Game of Thrones' TV series, when it stood in for the mythical Dragonstone. It’s the spot where Daenerys Targaryen and Jon Snow are plotting how to defeat the Night King and his swarming army of the dead. Though Daenerys is also keeping her eye on a point south—the Iron Throne. Will she succeed? We’ll just have to watch. The eighth and final season of ‘Game of Thrones’ premieres tonight.