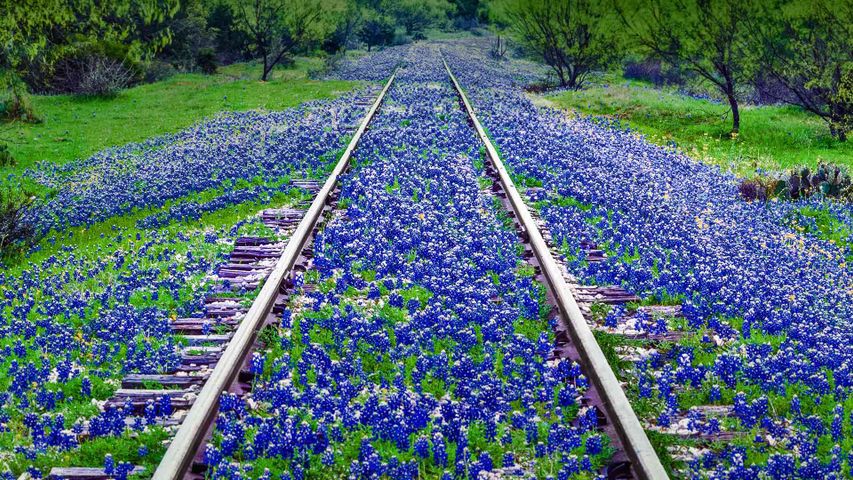 It’s late in the season for scenes like this near Llano, Texas. But in early spring, and peaking in April, the bluebonnet bloom turns many fields in the Lone Star state into acres of vibrant blue. Texas native Lady Bird Johnson campaigned to encourage Texans to plant bluebonnets and other native flowers along the highways in Texas. If you notice bluebonnets and other native blooms along the highways of Texas, thank the state’s Department of Transportation, which sows 33,000 pounds of wildflower seeds along 127,000 kilometres of roads each year.