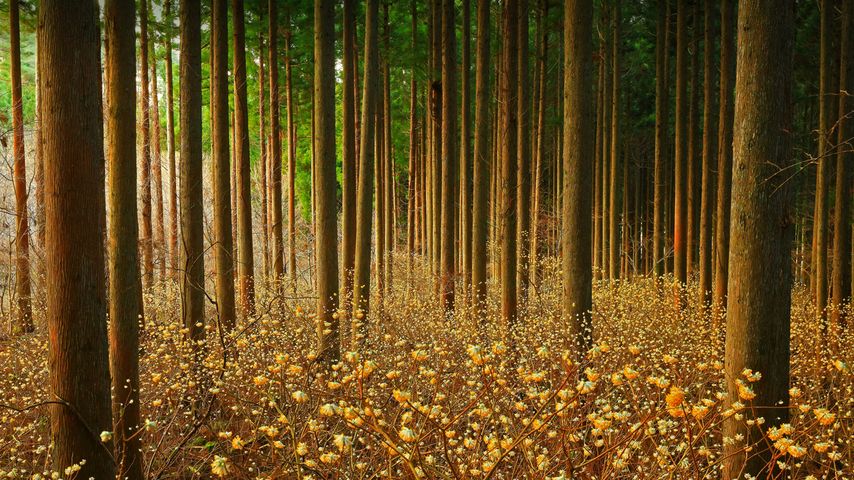 Stress seems to melt away when you gaze at this serene forest protecting the mitsumata blossoms below. While the flowering buds are beautiful in their natural state, the mitsumata shrub (Edgeworthia chrysantha) has so much more to offer. Originally brought from China to Japan by monks, the green plant is now a staple of Japanese papermaking and one of three principle ingredients in washi, traditional Japanese paper. No wonder, then, that it’s also known as the Oriental paperbush. Mitsumata washi is dense and holds ink well – it’s a favourite of artists and calligraphers – and sheets of mitsumata paper are also used in traditional shoji screens.

It's this very versatility and strength that made mitsumata a natural candidate for Japanese banknotes. The dense, short fibre from the inner layer of bark helps create a sturdy currency that can withstand millions of grubby hands and transactions. Mitsumata made its Japanese banknote debut in 1879, and it’s still used in currency there today.

Want to see mitsumata in bloom? Spring’s the time to catch the golden flowers, and gardeners note that you’ll smell the heady, almost spicy fragrance before you see the bush itself. After the flowers fade, the leaves take on a bluish, silvery hue, and in autumn they turn golden themselves.