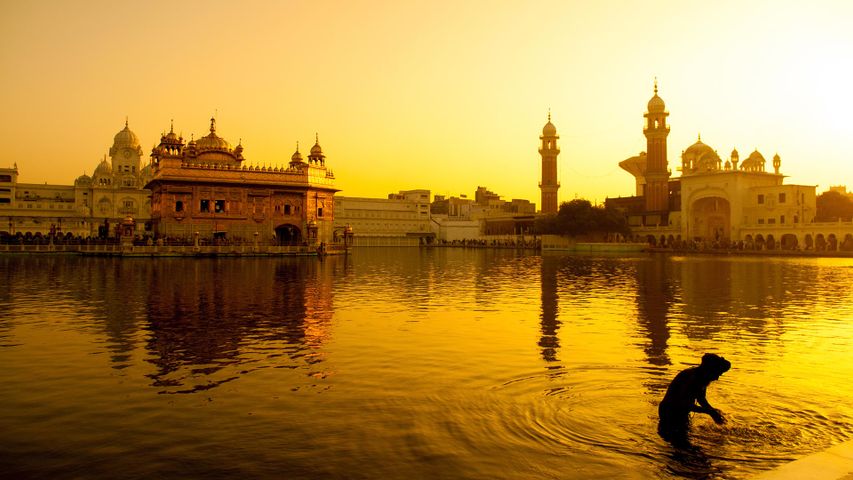 The abode of God…

What’s better than to take a holy dip in Sarovar (lake) at the Golden Temple in Amritsar and offer prayers here on the occasion of Vaisakhi (also pronounced as Baisakhi). It is one of the important festivals as it was on this day in 1699, the foundation of the order of the Khalsa was laid by Guru Gobind Singh, the tenth Sikh Guru, at the Golden Temple or Anandpur Sahib. It is also an ancient festival of Hindus, marking the Solar New Year and also celebrating the spring harvest.

For the Sikh community, the celebration starts with visiting the nearby Gurdwara and attending a special prayer meet. Most people try to visit the Golden Temple on this day. The Granth Sahib is read at the Gurudwara. After the meet and religious songs, prasad is distributed. The Gurudwara also arranges a community lunch called Langar, which is prepared by volunteers. Incidentally, Vaisakhi - in its own local flavour - is observed in Bengal, Assam (Rongali Bihu), and Bihar too.