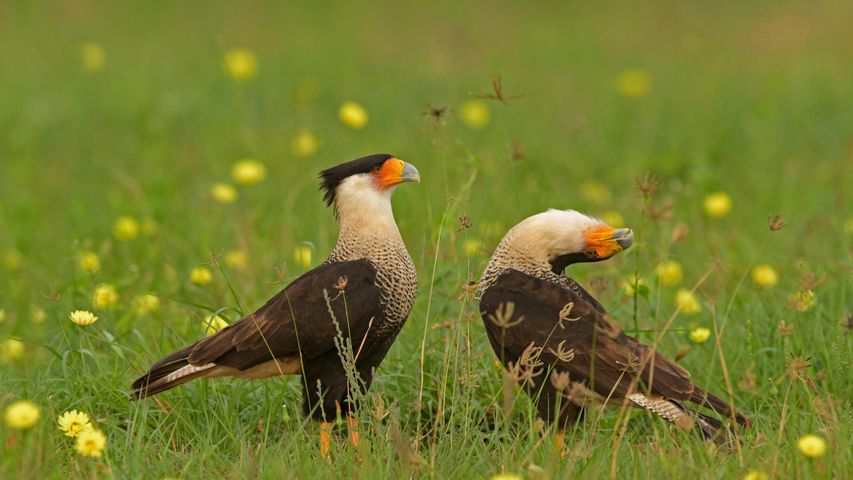 The crested caracara is no stranger to spring fever. This member of the falcon family makes its intentions loudly known, throwing their heads back with guttural calls and cackling cries to attract a partner. Couples are loyal to each other and to their home, mating for life and returning yearly to the same nesting site and even the same tree.

Although the raptor depicted on the Mexican flag is a golden eagle, that imagery may have been inspired by the northern caracara, the region-specific species seen in our photo. Renowned ornithologist Rafael Martín del Campo believes that the caracara was depicted in pre-Columbian Aztec art and later was adopted as the bird symbol on the flag of Mexico.

Freshwater and saltwater mix at the Ter River estuary, near L'Estartit, Spain