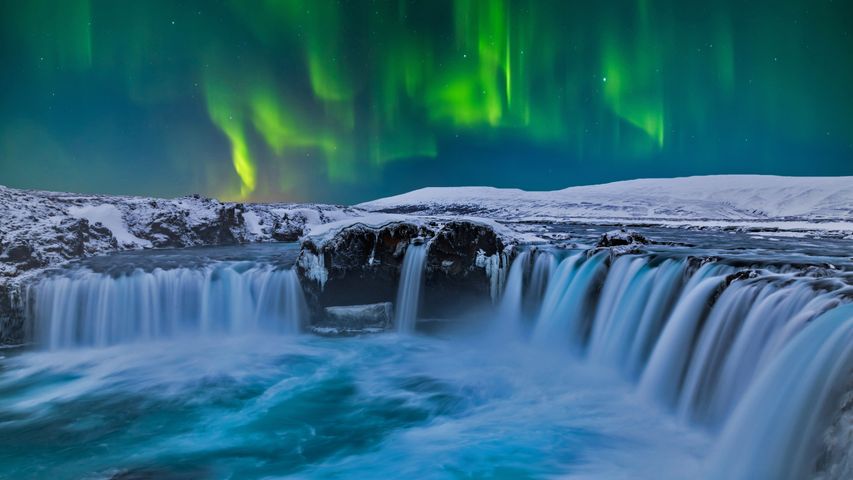 Goðafoss is one of the hundreds of show-stopping waterfalls Iceland is blessed with. And though it isn’t the island's highest waterfall—that would be Morsarfoss at over 240 meters —or most powerful (the thundering Dettifoss), Goðafoss, has, within its swirling waters, its own story to tell.

An Icelandic legend holds that in 1000 CE, a well-respected pagan priest and chieftain named Thorgeir Thorkelsson was tasked with deciding if Iceland was to become a Christian nation or if it would continue to worship the ancient Nordic gods. The peace of the island was at stake, with fierce advocates on each side. Thorgeir decided in favour of Christianity, but with the caveat that those who chose to continue to recognize the old gods would not be punished so long as they converted. This tale, likely created in the nineteenth century, says that after Thorgeir converted to Christianity he returned to his home near Goðafoss and hurled his statues of the Norse gods into the falls, which is said to have angered the old gods so much that they split the waterfall in two. Which might be enough to make one rethink angering them in the first place.

The Feature Staircase in the Macodrum Library, Ottawa