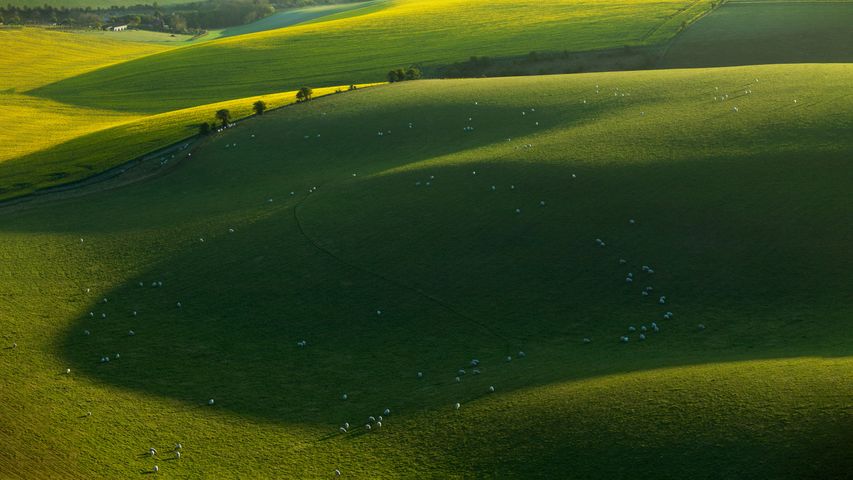 Up on the Downs. South Downs

These iconic rolling green hills are part of a rich tapestry of landscapes here on the South Downs, chalk hills which stretch across the coastal counties of south-east England. For centuries, grazing sheep have helped keep the turf short, creating one of the richest wildlife habitats in Europe. Wildflowers and different species of butterflies thrive on its chalk grassland, but these days this rare habitat covers only about 4% of the Downs, a decline accelerated during World War II when much of it was ploughed to grow crops. The need to protect it, and to restore the Downs, was part of the reason the South Downs National Park was created in 2010 – the UK’s newest national park.

The national park covers a larger area than the hills of the South Downs and includes a huge variety of landscapes, from rare lowland heaths to ancient woodland, chalk streams and windswept cliffs. It’s not just home to rare species of plants and creatures - people have lived here for thousands of years, as evidenced by Iron Age fort remains, Neolithic flint mines and ancient monuments. It remains the most populous of the UK’s national parks, with 117,000 people living and working within the park’s boundary and a further 2m living within 3 miles of the park.

The Old Man of Storr on the Isle of Skye, Scotland