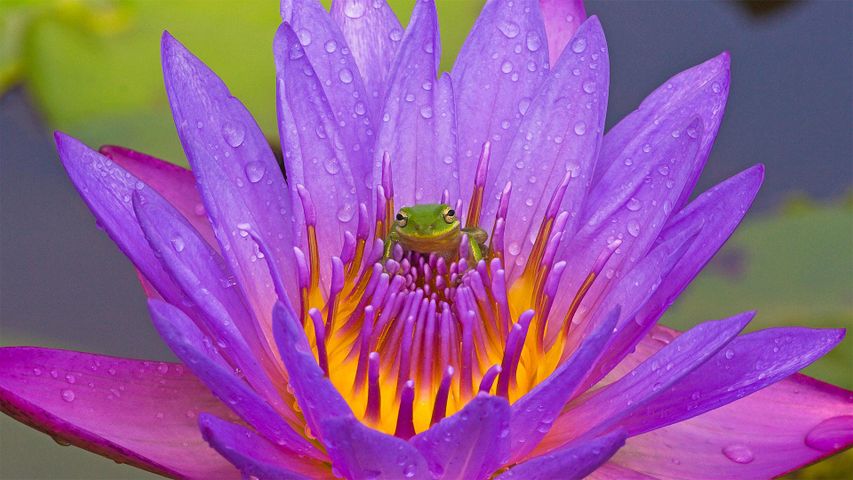 Perched among the petals of a purple water lily, this little green treefrog is a common pet in parts of the US, where it can be found in back gardens and has been named the official state reptile of both Louisiana and Georgia. Its small size, friendly face and low-maintenance lifestyle make it a popular choice with frog-loving Americans. In the UK there are two native species of frog, the - very rare - pool frog and the common frog. The frogspawn spotted in slow moving streams and ponds in the spring is likely to be that of the common frog – which, despite the name, is actually quite rare in much of the countryside. Tadpoles usually start to appear here in April.

The Old Man of Storr on the Isle of Skye, Scotland