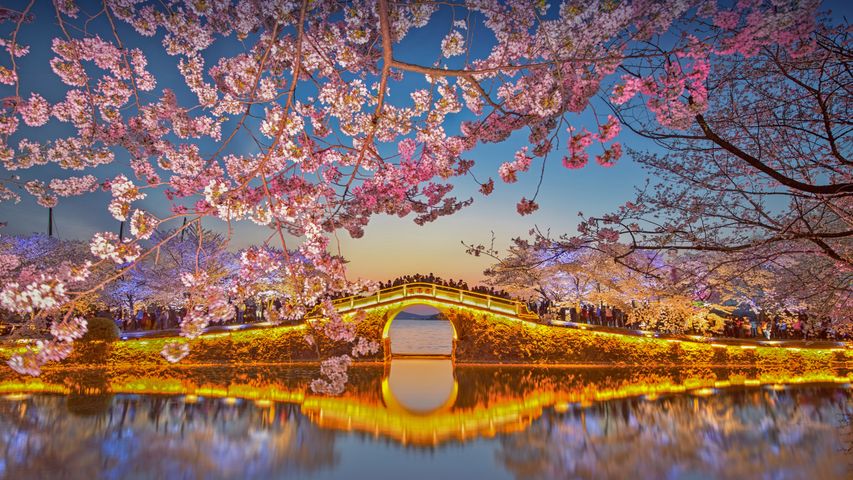 Spring on the shores of Lake Tai. Cherry trees bloom at Lake Tai

The tranquil appearance of Lake Tai belies its location within Wuxi, China, a metropolis of 7.5 million people in the southern Jiangsu province. A short distance to the east is the megacity of Shanghai. But city life feels a world away here at China’s third-largest freshwater lake. More than 20 miles across in places Lake Tai provides a needed retreat from urban life, drawing locals and tourists to its picturesque shores.

There is no more popular time to visit Lake Tai, also known as Lake Taihu, than when its 30,000 cherry trees bloom on Turtle Head Isle, a peninsula that helps form a cove at the north end of the shallow lake. Turtle Head is the perfect launching point for a visit to the lake, where visitors can stroll through scenic trails, formal gardens, bridges, and overlooks.

The cherry trees bloom for about 10 days, usually starting in late March and early April. If the scene evokes thoughts of Japan, you’re on the right track as the viewing of blossoms is a long-standing tradition in Japan. In fact, the trees of Lake Tai were a gift from Japanese visitors who helped plant them in Wuxi. Now, there is no doubt when spring arrives.